Heavy Sigh with A Twist

Heavy Sigh with A Twist 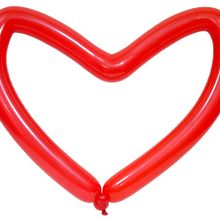 Heavy Sigh with a Twist would make a great name for a drink, don't you think? I don't drink....anymore. I long ago surrendered to the fact that I can drink but not successfully.

Heavy Sigh with A Twist is my reaction to the domination of myself by four cats and a husband with FTD and the twist is that I love all of them. I do. They drive me up a wall. I didn't even want cats but I have them. It is my dachshund's fault.  His name was Sonny. Well it was Robert Michael Fiore, if you can believe that. He had papers and my husband, even before the FTD, came up with naming that runt of the litter puppy after himself. Not some name like Roaring Majesty Thunder or one of those names dogs with paper usually are given. No, Sonny was named Robert Michael Fiore without the junior, thank you very much. Anyway, Sonny got old and passed away and my heart was broken which is why I was in Pet Smart looking at fish and birds, just browsing. No plans to take home any creature, just browsing.

I came to the end of an aisle and there before me were the cats for adoption. I could have turned and ran. I could have told them I was not in the market today. But, no. I came face to face with a huge, black cat with the name of Eduardo. Huge green eyes stared out at me with no hint of cuteness or come hither in them. I read the card underneath him. He had been returned by two little girls who took him home. They were allergic to him and brought him back with the toys they bought for him. I felt my heart do an extra beat. Eduardo did not play up to the moment. He sat there staring at me with the, "so, what are you going to do?" look on his face. He was four years old. Older than the other cats. He was large.

I looked at him and my mouth said to the store employee before I could think, "Can I play with him in the little room?" I am almost certain I saw Eduardo wink at the girl as she took him out and brought him to me. But, did he play up to me and act cute? No! He was nice enough. He deferred to me in the way cats have that no other animal can seem to imitate. I called my husband who said he did not want a cat. He came to see this cat and told me if I wanted him to get him but he got to have a Siamese kitten later.

Well, the Siamese came along and then another cat that had been adopted and put out of someone's house and then a neighborhood kitten and that is how I became dominated by cats. Honestly! It just happened. All along my husband was showing more and more signs of the FTD symptoms. We did not know what was happening but we knew it was happening. I was distracted. It could be argued that I was distracted and four cats took advantage of me. I like that version.

So, tonight when I got home from church, my husband was in bed and asking for juice, one cat escaped out of the door, a neighborhood kitten was being too cute to ignore and the three other cats were waiting for opportunities to knock something over, beg for food, or, in the case of Eduardo, who is now named Max, stare at me as if he wished I would burst into flames because I will not let him outside. He is sitting on a table near me now. He has surrendered to his fate. O.K. He is faking being surrendered to his fate.

"How am I dominated?" Fair question. Hubby wants to be fed. Cats want to be fed. Hubby needs help because he is incontinent. Cats need litter cleaned. Hubby nearly falls and knocks stuff over. Cats skillfully play a game of cat soccer with anything they can find. The beat goes on. I threaten to throw all the cats out the door and never speak to them again. They do cat giggles and scoff at me behind my back. I threaten my husband with refusing late night snacks taken to him in his hospital bed. He doesn't listen. He knows I am a pushover. He tells me he loves me and I cover his feet and tuck him in again. A cat flings himself up onto the bed with my husband, claiming his space without an invitation. I go and sit down on the couch for a rest. I wake up later with two cats sound asleep in my lap and one curled up beside me.