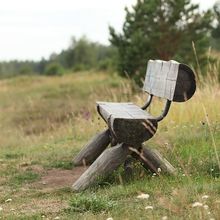 Barbara Mancini, a nurse, cared for her 93-year-old father in his home. During his life's last years, her father repeatedly said he no longer wanted to live. One morning, he made a specific request of her about his bottle of morphine.

"He asked me to hand him the bottle and I did," Mancini told Anderson Cooper. "I had the dosing syringe in my hand. He took the cap off and he drank what was remaining in the bottle."

It all goes downhill from there. Mancini told the hospice nurse what happened; the nurse then called the police. The police arrested Mancini and then admitted her father to the hospital despite his requests in his advance directive to not be hospitalized. In the hospital, Mancini's father received treatment he did not want. He tore out his IVs and was the angriest he's been in his life, Mancini said.

Mancini's case against her was dropped a year after her arrest. She returned to work but the trauma of the experience plagues her.

The segment offers a fascinating glimpse into the question of whether or not assisted suicide should be legal. Dr. Ira Byock* shames the hospice involved in caring for Mancini's father. Her father deserved far better care than the hospice provided, Dr. Byock said, and argues that if the hospice had managed her father's pain effectively her father would have felt differently about his end of life.

We are failing individuals at end of life and who have a chronic illness, Dr. Byock said. "It's really, really hard to get the basics of care for your frail loved one met."

I'd love to know your thoughts about the segment. What do you think about legalizing assisted suicide? What did you think of Dr. Byock's comments?

* Our book club read Dr. Byock's book, The Four Things That Matter Most: A Book About Living, and loved it.

I was flabbergasted at what Barbara Mancini went through with her father. And her poor father fearing what was happening to his daughter as he was dying.\r\n\r\nI have always said I do not want to live with dementia. I wouldn't want any life saving drugs or other medical measures if my quality of life was nil. But even with an advanced directive, who would make the decision of when the time is 'right', especially if you have dementia? I've always joked with my kids just shoot me, but I seriously do not want to live with dementia. That seems like that would be a very slippery slope! \r\n\r\nI am totally in favor of assisted suicide, but that being said, I know how depression can be a factor that could complicate the whole thing. I've had major depression before and you are literally in another state… not one of rational thinking -- that can and will change when the depression lifts. These are just my rambling thoughts.

Since my days in the seminary, I have had a change of opinion on the subject of assisted suicide. My seminary training taught me that suicide was a sin and assisted suicide is murder, somewhere along those fine lines in Church teaching, lies the debate on abortion too. Oh-Boy, how my opinion has changed over the years!\r\n\r\nAfter watching, caring and suffering along with TLO during the last six months of his life, confirmed my long standing belief that assisted suicide is something that should be legalized. Why should someone suffer when there is no cure? Faith and hope often times will get mixed up in the midst of illness and death. TLO and I both hoped that he would get better and for a time he did, but once the cancer started to race through his body, there was never away to stay ahead of the pain - and isn't that what we are all asking for...to stay ahead of the pain? \r\n\r\nDr Byock's comments_mysql are right on! Hospice has turned into such a big, competitive, money making business that we as caregivers should think about that saying...'buyer beware' before just signing on the dotted line. When we invite a third party to help us on our Caregiving journey, especially at the most precious time during a life transition, they should act as an invited guest, not as an enemy. I had to fire our the first hospice we used for poor performance, as a guest in our house, it was OK to ask them to leave! We were fortunate that our second choice for hospice was the loving, caring model of hospice care.\r\n\r\nI would not have been surprised to have come home one day and find TLO had taken an overdose of morphine. \"When I can't stand the pain anymore\"...I think you can finish the rest of the sentence. We never got to that point at home, but we were close. As I look back on his seven days that TLO was in the hospice inpatient unit, what I saw was a group of professionals allowing him to die with dignity; is that not assisted suicide? Hummmm\r\n\r\nMy heart goes out to Barbara Mancini, and all others who find themselves in these complicated, end-of-life decisions. I am highly confident that there are more stories just like Barbara's, just left untold in the privacy of their own home. If TLO would have asked me to give him a higher dosage of morphine, would I have been able to do it: to this day, I am just not sure. I do know that after watching him suffer for the last six week confirmed my belief for legalizing assisted suicide.