Her Only Miracles are Medical

Her Only Miracles are Medical 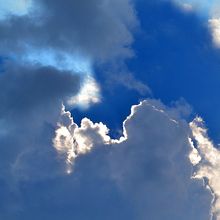 Some while back, Grandma told me about part of her youth, of living in a time when people requested, and got, penicillin for things like head colds. It was widely believed to be a genuine miracle, a cure-all without equal. In those days, when diseases like scarlet fever and amoebic dysentery raged unchecked, and the Spanish Flu epidemic was very much a recent event that had sickened or even killed a member of almost every family, Medicine was a new god. Hospitals were his temples, and doctors his all-wise priesthood. To this very day, people of her generation -- the "greatest generation" -- are loath to do anything, say anything, to upset or disagree with their doctor.

Which doesn't mean that they are immune to the sales pitches of modern-day snake oil peddlers. Far from it. Hardly a day goes by that the mail doesn't include some ad for yet another amazing, miraculous new treatment, or cure, promising to fix everything from ingrown toenails to cancer. Even dementia.

I hope there's a special place in hell for these horrible, greedy, lying con artists.

I've already mentioned how Grandma is a longtime member of a particular religious organization. She's told me how things like miracles no longer happen. At least, not miracles worked by God. Because those things belong to a time long past, and won't be seen again until after Armageddon.

I can't even tell you how sad this makes me. She can, and does, spend her money and faith on stupid, useless, even harmful junk from the bull$#!+ peddlers. But cannot look to God to ease her suffering. Not this side of Judgement Day.

Good thing that intercessory prayer is a valid, highly encouraged thing for me to do.

I think the sad part is that she can't see the miracles in her family, like you, who do miraculous work every day. You've reminded me that I need to look closely at the miracles in my day. :)

Desiree, the parallel you draw between the con artists and your grandma's religious organizations is a perfect comparison and all too true. It must be extremely sad to witness this. And I'm right there with you about snake-oil peddlers preying on the vulnerable. Your grandmother is very fortunate to have you on her side.