0
Well, we are in for another hospital stay and procedure beginning tomorrow (3/23). The last visit (about three weeks ago) was for an exploratory angioplasty to see what was going on.

Well, that found an almost complete blockage in the right iliac artery (groin to thigh) and about a 50% to 60% blockage in the left iliac artery. The plan tomorrow is to balloon angioplasty both blockages and place stents in. The doctor is confident he can get through the left one (he did during the exploratory procedure) but he is less than confident about getting through the blockage on the right.

If he is unable to get through the blockage entering from the groin area, he will attempt to come down from the arm. Because he might have to take a second "stab" at it (yes, I know, bad pun) the procedure is scheduled for three hours. It's to start at 2 to 2:30 p.m. Either way, he will spend the night at the hospital.

If doc is able to clear both blockages, my husband should be able to walk without pain in a couple of days. I'm not sure if he will spend more than the one night in the hospital in that case but I'm thinking maybe. One of the concerns is breaking that major blockage may cause blockage in other smaller arteries but doc feels it is a risk worth taking.

If doc is unable to clear that major blockage, then we are talking a bypass surgery at that site which would be a major surgical procedure. I don't know whether they would keep him through the holiday weekend, transfer him to the better hospital for that procedure and do it next week, or if they would send him home in the hopes that he would come back for the major procedure. And yes, the concern is he might not go back as he has threatened such in the past.

I'm just a bit on edge this time around. There are so many unknowns and uncertainties. But I've got faith on my side and my prayers as always are the grace to deal with what His will may be.

I'll pack my sanity bag in the morning (since we don't have to be at the hospital until around noon). I'm almost done with crocheted Easter bunnies for Ashley's boyfriend's children, so I may need to come up with a mindless crochet project. I do have my knitted baby blanket that I'm working on. I won't take my lace shawl because I do have to concentrate a lot on that, and I don't think I'll have that kind of focus tomorrow.

Send up some prayers or positive thoughts (whatever you believe in) for us tomorrow if you think of it. 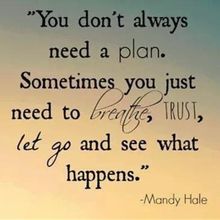 Heavenly Father, please bless this lady and her husband. Wrap them in Your love now and always. May they rest easy in Your loving embrace, and be strengthened by their confidence in You. Please guide the hands of the doctors and nurses. Grant that there be healing for everyone involved. Amen.

Hi MD -- Will definitely say prayers and keep you in my prayers tomorrow. I so hope all goes okay. Keep us posted as you can.