Goldie
After a week in the rehab, Mom was doing better. The antipsychotic drug didn't kill her and gradually her psychotic episode had diminished. She wasn't normal, by any means (or whatever that means), but she was doing better. Dad was so happy to have her home again, he was determined she would be fine and they'd live happily ever after. 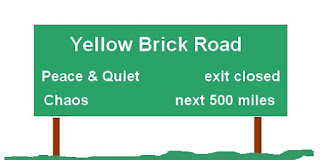 It worked for a day or two....until Mom panicked and flushed her antipsychotic meds down the toilet. Which is just what our water system needs, right? Dad called me in a panic and I called their doctor. This was the doctor whom I felt was totally incompetent. He reluctantly called in a new prescription and said Mom should be in a nursing home. Great. Loads of help.

The home visits from nurses and therapists began just about the same time. Mom, who was still up most of the night, would sleep in till nearly noon. When a nurse came for an evaluation at 9 am, mom refused to get up until the nurse said she would see Mom in the bedroom. Then she suddenly jumped out of bed wearing only a short, thin night gown and came out to the living room. She refused to wear a robe. It was March, but still quite cold. Her nightgown was old and almost transparent. She wore nothing on her legs and was barefoot. I was embarrassed.

Mom answered questions flippantly and defiantly. She gave her weight as 135 lbs when I knew she was up to about 170. No, she didn't need help with anything. Mom insisted she could cook dinners and do housework and take care of herself without help.

I was angry! How dare she lie like that! We were trying to get help for her. She still could not even feed herself because her tremors were so bad. Dad was helping to dress her and bathe her. The thought of my frail dad (weight 145 lbs) helping Mom (4'11" and 170 lbs) out of the bathtub scared the shit out of me. Mom still wouldn't let me do anything for her. Physically, I couldn't force her to accept my help.

Obviously, though it took a few minutes for my brain to kick in, the nurse got it. Mom was proving to everyone just how irrational she was and how much help she needed. After all the evals, Mom was granted some physical and occupational therapy in home visits as well as a few visits from a nurse. This would last about six weeks. And after that?

Another sib to the rescue! I am so grateful to have siblings who have been willing to help out in any way they can. My other brother in Texas had been busy doing research and asking people about elder care. He called and talked to us about getting Mom and Dad signed up for a PACE program (Program of All-inclusive Care for the Elderly). The good thing was they would have all sorts of help: someone to help Mom with baths, light housework, and laundry. There was a day program and a bus would come and pick up Mom some days so Dad could have a break. All the doctors were in the same building as the day center. The bus would pick them up for appointments, too. Another positive - they would be changing doctors.

The down-side: by the time we finally convinced Mom and Dad they needed to sign up, and got the paperwork done, as well as the additional paperwork and evaluations for Medicaid, it was September ... six months after Mom came home from the rehab. It had taken some time to convince Dad to override Mom's refusal to change anything.

My life began revolving around almost daily trips across town to their house, doing dishes and other housework, checking to see how Dad was holding up, staying with Mom while Dad went shopping, and cooking dinners for them. Mom's mental state went up and down. She was unpredictable, becoming angry and manic, talking nervously, nonstop. She got angry with me when I did the dishes or tried to clean. Sometimes she would ignore me completely, looking away if I tried to talk with her, or telling me to leave. She would get angry if Dad talked to me.

But then, there were other days when I could get out the old family photos and she would talk a little about family. Dad was coping fairly well, but getting thinner. He was also getting frustrated, something that he showed only when Mom was in the other room. Then he would grin at me, and gently hit his forehead with his palm several times.

I couldn't help grinning back at him. Tiptoeing and avoiding conflict become our mode of operation. Not healthy, but sometimes you do what you need to do to survive.