Hospital Food and My Perspective

Hospital Food and My Perspective 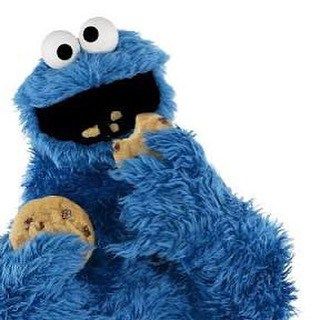 Hospital food. The very words conjure up visions of bland, awful stuff served on plastic trays. But the hospital isn't trying to "WoW" you with flavor. They just want to give you some fuel to get through whatever it is you're getting through.

I was in the ER with my dad and had been all day. His blood sugar level was below 40 mg/dl and carbs wouldn't bring it up, so here we were. The nurses were steadily bringing juice and food for him, pushing meds through his IV. Maybe even giving him spoonfuls of sugar, but nothing was helping. He continued to slur his words, sounding more like he'd been in the liquor cabinet than experiencing hypoglycemia.

It had been a long day and I was feeling irritable and light-headed myself. I was starving. I couldn't leave him and his drunken-like state gave me flashbacks of my alcoholic ex's behavior. I thought the doctor might have to treat me next...with a tranquilizer. Lol!

Just then, the volunteer working the emergency room knocked on our door. She asked if she could get me anything. Thank goodness I found my voice instead of just saying that I was fine, my default answer for most inquiries about me. "Hmmm... Well, I sure could go for a snack. Anything would be great." I certainly wasn't going to be picky.

She was back in a jiffy and handed me my own dreaded plastic tray of hospital food. I promise you, that was the best-looking dried out piece of roast beef with shriveled up peas & carrots and a dollop of mashed taters with watered down sweet tea that I had ever seen! Even the room temperature chocolate pudding made me smile. I ate every bite. Even the hard roll that wouldn't even begin to melt the little slab of something resembling butter.

It's been a long while since I haven't had to cook my own meal. But you would have thought she just served me some delicacy from my favorite restaurant! I was so thankful! Bless her heart!

We made it home later on that evening, with a change in meds for my dad. As I was making him something to eat, my thoughts kept going back to that beautiful plate of mouth-watering roast beef, the perfect peas & carrots and the garlic mashed potatoes. Gonna have to get their sweet tea recipe because it was the best. I'm a southerner so I know good sweet tea. I really love rolls smothered in butter too, like that one was. And that dessert, rich chocolately mousse, just the best.

Anyway, like I was saying earlier: Hospital food, best stuff ever!! Amazing what a change of perspective can do for a situation. The power of perception is immense. Choose to see more good than bad, more love than indifference and more success than struggle. What will happen? Everything you imagine. Sometimes that's all we need to survive another day and another trip to the ER.