How to Answer the Anger?

How to Answer the Anger? 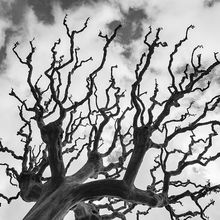 Before we went to the doctor, Mom was angry that there was a conspiracy between me and the doctor to make her do things she didn't want to do. She was on the verge of refusing to go and I had to persuade her that nothing would happen but a regular checkup. It made me realize that making the doctor the bad guy is also problematic. So I called the office and asked that the doctor not bring up driving or dementia. At the appointment, she sent Mom for a urine sample and spoke with me privately. She listened to the story sympathetically and said she would see if she could prescribe something to help calm the anger. I haven't heard back yet.

When we got in the car to go to the appointment, I handed her a small photo album with pictures of my son as a baby. We spent the car ride reminiscing about those days and other people in the photos. She was in a fine mood for the rest of the day! We even went to a restaurant for lunch instead of picking up Wendy's at the drive-thru. I let her stay alone for most of the afternoon while I did other things, but I did check in briefly and then sat with her during dinner. A great day!

But today . . . she was home alone for most of the day because I went to work (I teach two days a week). I had a terrible feeling in the pit of my stomach on the way home. When I went downstairs, she was angry and cold, but not really saying anything. I started talking about my son and his plans for high school and that turned into reminiscences of her high school days. When my son came home, he asked what she'd been up to, and she said, "Having a wonderful conversation with your mama. It's been the highlight of my day."

Not five minutes later, after my son went upstairs to do homework, she said, "Do you still have my keys?" I just said "Mm-hm" while looking at the computer. Then the storm hit. "What you have done is WRONG and one of these days you're going to pay for it." -- I'm so sorry you feel this way, I never wanted to hurt you -- "Well, you've hurt me more than you'll ever know." -- This hurts me too, Mom -- "It doesn't hurt you at all! You enjoy this" -- Oh no, believe me, there is nothing in this for me! I'm happy to take care of you because I love you, but I never wanted control over your life -- "Oh it's all about control. You've changed. What you've done is cruel, and you had no reason." -- Here, I tried to explain about the changes I've seen in her cognition, but she just turned her head away and said, "I've never had an accident." Eventually I just said I had to go upstairs because I was too upset.