How to Reduce the Coulda, Shoulda, Woulda's

How to Reduce the Coulda, Shoulda, Woulda's 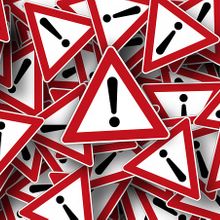 I was honored when my parents chose me to be their Health Care Proxy. I guess it made sense; I became a nurse twenty-four years ago and had helped them through several tough times. My parents had written Living Wills and Health Care Proxies. I had a copy of each, and kept them in my purse at all times. I never knew when I might get “the phone call” alerting me that one of my parents needed to go to the hospital. My siblings were also aware of my parent’s wishes, but live out of town. I always kept them up to date when either my mother or father had a change in their medical status.

When my mother became ill, there was no second-guessing her wishes. She had a short, terminal illness, and our only choice was to start hospice services. I was a former hospice nurse so I knew what the future held for my mother and our family. I was pleased that she had a Living Will to spell out her wishes, yet the entire process was still difficult.

Four days after Christmas, 2015, my father had a serious stroke. He had the presence of mind to call me and he said, “I think I’m having a stroke.” We called 911 and by the time we arrived at my father’s house, he was already in the ambulance and on his way to the hospital. Things moved very quickly upon his arrival at the hospital. A CT scan done immediately after arrival at the hospital showed a blood clot in his carotid artery. Because he had been taken off Coumadin (a “blood thinner”) just one month earlier and had started Xarelto, there was nothing that could be done to “bust the clot.” We just had to wait-and-see.

I was so glad that I had my father’s Living Will and Health Care Proxy paperwork with me. I was confident that there would be no problems. Little did I know that I would be asked questions for which I had no answers.

The MOLST form, to be discussed and filled out with your doctor, goes into more detail than a Living Will. It spells out what a patient would want in different scenarios. However, herein lies the problem: many doctors do not discuss this form with their patients until it is too late. In other words, until a patient has been admitted to a hospital with a potentially life-threatening illness, or perhaps has developed dementia to such a degree that they would not understand the options stated on the form. In those scenarios, it again falls to the families to guess what their parent would want.

This is the situation that arose when my father was admitted to the hospital last December at the time of his stroke. His Do Not Resuscitate (DNR) orders stated that he did not want a respirator used to keep him alive if he had no chance of recovering. However, I was asked by the doctors if we wanted my father to have the opportunity for a period of “trial ventilation” if he was unable to breathe on his own. What? This was not listed in his Living Will and I had no idea what he would want. The way I looked at trial ventilation was that someone either would still have to make the decision to keep him on ventilation, or would eventually have to make the decision to have the ventilator turned off. This did not seem to be much of a choice. I ended up calling my brother (at 11 p.m.!) for his input. This was not a decision I was comfortable making on my own, despite the presence of the Living Will, and my role as Health Care Proxy. If my father’s physician had previously discussed the MOLST with my father, I would not have been put in the position to guess what my father would have wanted regarding a trial of artificial respiration.

In New York State, the medical responders to an emergency are required, by law, to begin cardio pulmonary resuscitation (CPR), unless there is clear paperwork outlining the patient’s wishes for no CPR. This is another reason for patients to speak with their physicians about filling out a MOLST (or POLST) form. Once the form has been filled out, the patient and every family member should receive a copy. Do not put the copy in a safe deposit box or file it among other papers. The patient’s copy should be kept in an envelope on their refrigerator, as well as a current copy of medications and diagnoses. Most emergency personnel are trained to look on refrigerators for such paperwork. Just put it in an envelope and make sure it is clearly marked.

As caregivers, we are also put in the role as advocates for our caree.  We should also add to role of advocate the job of making sure that a MOLST/POLST form is filled out while our caree is in a position to understand it and complete it, knowing full well what it entails. This will be a benefit to all involved and hopefully will decrease the “coulda, shoulda, woulda’s.”