How Will a 1% Manage Caregiving?

How Will a 1% Manage Caregiving? 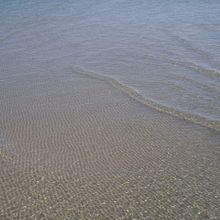 I'm from a family of readers.

I went to the library for my mom on Saturday with a list of books to get. I arrived and immediately ran into my sister, asking a librarian for book suggestions. The librarian happens to be my sister's daughter (my niece). When the family gets together, the discussion focuses on politics, sports and books.

I used to read a lot but I would get so involved in the book that I would pull an all-nighter to finish it. I would be a disaster the next day. Because I couldn't control myself, I went cold turkey except for magazines. And, then my reading turned to my pressing problems. I focused on reading about reviving a website that crashed, preventing a website from crashing, creating a website page that loads in under 2 seconds, moving a website under a firewall. With the dawn of the New Year (and after a family get-together that revolved around books that didn't include books about page load times), I decided I needed to get back to reading for enjoyment. In my 2015 goals, I've committed to reading a book a week and doing my best to pace myself through it. It's okay to read some of the book every day, I'm telling myself.

I just finished a book yesterday called The Andy Cohen Diaries: A Deep Look at a Shallow Year. Andy Cohen produces the Real Housewives franchise and hosts a late night talk called "What What Happens Live." I watch what he creates and his talk show; both are a huge topic of conversation for my younger sister and I. She received the book for a Christmas gift and passed it along to me.

Through his book, we see the gilded life Andy lives. He lives in New York City and still has money to buy the apartment above his when the neighbor dies. He also has a home in the Hamptoms, which doesn't stop him from taking European vacations and renting a home for a week on Fire Island in the summer. He enjoys daily dinners with his famous friends which include Sarah Jessica Parker, Jimmy Fallon and Barry Diller.

I enjoy Andy because he's the only single person over 12 who seems to spend as much time with his parents as I do. They visit him regularly in New York City (they live in St. Louis) and often appear on his talk show. His father, 80, and his mom, 77, are mentioned in the book almost as often as his famous friends. Almost.

I enjoyed Andy's book because his life is the exact opposite of mine. I hope he will write a diary when he begins to care for his parents. That would be a read I may not be able to put down.

Mom and I are both readers. I take her library books to the nursing home. She likes large print paperbacks because she can see them and they are not as heavy. Hope they keep publishing that type as she has just about read them all. She is doing well and has a lot more interaction with other people now. I am also enjoying meeting and getting to know the other residents.

If I were a one percenter, I would pay for all of mom's care and just be her daughter. She could have full-time care at home - a much nicer home than the one we live in - and I could still have coffee with her every morning, and my son could still watch TV with her every afternoon, and we would otherwise just go on about our lives, together and apart. That's my fantasy.

I will put that book on my list. I created a list for 2015 to keep track of how much I am reading and I also got on the library website yesterday and requested a few books I want to read. I like doing that because then they aren't expensive, like reading them on my kindle, and I go in the library, take them off the shelf where they keep reserved books and bring them home. Of course I check them out under my mom's name because she is homebound and is able to keep the books two weeks longer than I would. We can both read them in the amount of time. \r\n\r\nIsn't it amazing how much time we spend with our parents compared to people we are related to, or know, who seldom or never see their parents, even if they are healthy!!