I Am Starting to Hate the TV But Books Don't "Work"

I Am Starting to Hate the TV But Books Don't "Work"

0
With Primary Progressive Aphasia you lose the ability of language. Not just the use -- speech and writing -- but the ability. Eventually reading is lost and ultimately comprehension. They will know to sit on a chair but not what is it called and being asked to sit on the chair will be useless because the concept of "chair" will be just so much gibberish.

The TV is on in the house from the moment I start out the door to work at 7:30 a.m. until bed at 11:00 p.m. She just sits in front of it all day. This can't be good. There's no real stimulation in TV. They used to call it the "idiot box" for good reason.

She used to be an avid reader. I don't think she can read any longer. I think she fakes it when she looks at the paper. A week or so ago she wanted to read a book - I was reading you see, we're at the monkey-see/monkey-do stage apparently - so I found a book and gave it to her. There is NO WAY even in the best of days that she could have read 3/4 of The DaVinci Code in two hours and yet she insisted that this was where the bookmark was to go.

So I thought what about audiobooks? Last weekend when on the phone with her sister in Connecticut my aunt mentioned audiobooks. At first Mom was adamantly opposed to the idea. My aunt softened her up a bit and so today I went to the library. Mom can't operate the iPad so an iPod wouldn't work. Neither would a Kindle device. A CD where you have to return to where you left off yourself wouldn't work either, BUT they had these nifty things called PlayAlong books. All you need do is push play to start and the same button to stop. Of course there are volume controls and fast-forward and reverse as well. But the start/stop is a large button. So I thought I'd try it.

Nope. No good. Within 15 minutes she'd messed up the controls so much the device locked up. So back it has to go.

The library though suggested a program we have in Ohio through the state library - talking books. Typically it is for the blind and disabled who can't work buttons or see to read or some such. You have to apply and be certified by a doctor that you need the device. I have no idea how complex the device is, there's no photo on the website or anything. However, once certified the state sends you the device and then you can check out materials which are sent to the home. So I brought home an application. Plan to mention it to the neurologist when we see her in a couple of weeks.

The week went fairly well until last night's physical fight over the newspaper's TV listing. Could not understand that the Friday listings were in a different paper - the Friday edition - and not in the entertainment insert, which has the listings starting on Saturday. Could. Not. Get. It. So I went to get the paper to show her, she kept pushing the entertainment section at me. I took it away and set it down, up she'd snatch it. I ended up having to throw the thing down the basement - which she actually tried to go after under I locked the door and she can only barely navigate stairs! Then she followed me everywhere. Wouldn't let me even change my clothes from work un-pestered. I made her dinner which ended up all over the floor - soda everywhere. I have hardwood floors. In the few months she's been here the damage is obvious. By the time she has to move to a care facility I'll have to have them refinished. I can hardly get them clean! I don't even want to THINK about how sticky the kitchen floor is and what I have to scrape off of everything.

Yet I don't want what's left of her to slip away because she sits mindlessly in front of the damned TV every day, all day. 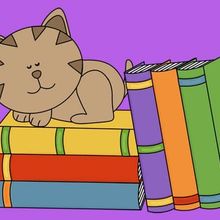 Keeping your mom calm and safe may be the best you can do, and if that is by watching tv, then you have accomplished much. You are doing your best in a incredibly difficult situation.