0
(Editor's Note: Today we welcome a new blogger to our team. Corvina cares for her mom and her brothers; you can connect with her on her profile page: @rebeca.) 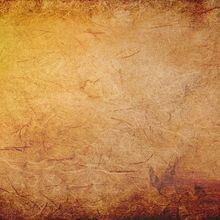 I've sent my brother a text, email and left him a voice message and he has not responded and I feel sick.

First, some background: My brother returned to my parents' home after having lost his business and family with the best intentions of caring for my sick and aging parents. He cooked, shopped and took our parents to doctors appointments. Over time our mother's criticism and my brothers' (I have two other unemployed  brothers living at home) unwillingness to contribute to the maintenance of the household started to wear on him. I don't blame him. Our mother's negativity is corrosive and my brothers' "lifestyle" choices and unwillingness to do anything in their or the family's behalf would sour even the most earnest Eagle Scout. He became increasingly resentful and verbally abusive to our mother. It was pretty ugly. I arranged a "loan" for him to buy a van so that he would leave. He left for a few months but life on the road (he was living in his van) wore on him and he returned.

More background: After my brother left, I hired two caregivers to care for mother. The evening caregiver, whose responsibility it was to help serve dinner, clean up and give mother her medication was marginally useful. It was then that I asked my brother if he would take care of warming dinner and cleaning up in return for modest pay. I figured he could use the money and we could use the help. Although there was still a lot of tension between him and our mother, he did his part and followed through on most everything I asked. Sadly, he continued to be resentful of my mother and incapable of demonstrating warmth or kindness towards her.

My brother has been able to secure a couple of income streams and is just now starting to make some money.  He told me that I would not have to continue paying him since he would soon have money coming in. (I guess I should also mention that in addition to paying him to help with dinner I had been  paying for his internet, automobile insurance and other expenses to help him get on his feet). In the meantime, our mother, who is 87 years old, has stage four cancer and is diabetic,  developed swelling of her legs that makes it difficult for her to walk or stand. I asked her primary caregiver to extended her hours in order to help with serve dinner and clean up. I am certain that he has ignored my text, email and voice message because he is hurt over the fact that I am paying someone else to help my mother. I feel sick that I may have hurt his feelings.

I just received a text from him saying "Cool, got it" in response to my instructions to print a document to take to her doctor's appointment tomorrow.

I may be able to sleep tonight.