"I Feel Some Resentment..."

"I Feel Some Resentment..." 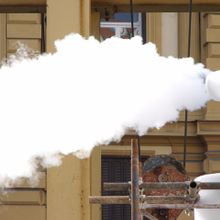 Last night I had a bothersome encounter in which my wife told me she was feeling some resentment that I wouldn't go see the doctor for my back. It's been bothering me for months, but because of a lack of financial solvency, I haven't seen our doctor for it. The messed up part is that if her back were injured, I'd have taken her right away and worried about how we were going to pay for it later.

She also said that she resented that I sit at work all day and don't want to do anything but sit when I get home. I don't know if she just doesn't remember the numerous times I've explained to her how exhausting it is to do basically nothing physical all day, even her having read some articles on the nature of mental fatigue.

She led into another of expression of how I have the energy to lift weights but not to go for walks which again, I have to wonder if she's just never paid attention all the other times she's brought this up, and I've explained to her that walking wears out my knee and hurts my hips and my lower back where lifting weights actually make them all feel better.

I'm sick of explaining it, though. Just plum tired of it, so I just kept mum since it does no good anyway.

Today my back doesn't hurt too much, but my wrists and elbows are killing me. I'm in chronic pain, too. I sometimes wonder if I have a mild form of Fibromyalgia myself, especially with the bizarre electrical surges I get in my scalp sometimes.

That's an interesting point that Jan has--what's the reason behind the resentment. I'm always so curious about the reason. Does she resent that you could be doing more with her but she feels your choice is not to? \r\n\r\nAnyway, I also love that you are open to listening to her resentments. I read so much respect in your relationship--that you have an openness that lets in more to be opened. In all that openness, resentment can't live long. :)

I'm not exactly sure in my mind where resentment comes into the picture, unless she resents that you can potentially do things she can't, but you chose not to. At any rate, I admire you both for the fact that you can talk about it and share your feelings, which you've obviously been doing for some time. Some bumps in the road are just marriage, some are from illness, some are personality, some just male-female issues. (good luck with that! ha) Thank you for sharing your thoughts today.

Thank you! I do already get exercise. It's just that it's usually at 6:00 AM (or earlier) and involves a barbell and/or kettlebells. My wife likes to take walks, but they usually bring on more pain than they alleviate for me.\r\n\r\nI did just learn of this web site http://www.online-stopwatch.com/ where you can set a timer to ring an alarm when you want it to, and I'm using that to wake me up and get me moving around every 30 minutes.

Hi TomB, I am glad you made the appointment to get your back checked out. It's always hard to know if it's just a lack of exercise or a real problem. . . Knees and joints that are stressed by sitting all day take so long to get back into shape. I am battling that one myself! I know I feel better if I will stretch and exercise but my job has me sitting for 6 hours a day and then I go home and try to catch up on house chores! Denise has a 7 minute daily exercise group that I checked out once and am thinking I just have to get going!! Maybe we could start tomorrow!?!? Glad you had a chance to post and vent!

Thank you!\r\n\r\nFor what it's worth I just set an appointment to have my back checked out.