I Hang My Hat

I Hang My Hat 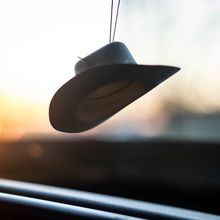 My large, orange cat just dashed across my chest and onto the arm of the couch. He started to scratch the couch arm, made the motion but kept just above the material. Watching him I realized that all the emphasis we have placed on stopping him from scratching the arm of the couch has finally made a mark stronger than the instinctual mark he has to scratch the fabric. Because he is a cat and a strong willed cat, even for a cat, I was caught off-guard by his choice not to follow through. I anticipated flailing arms at him, saying no firmly and with a loud voice, yelling no in a frustrated, human way that cats bring to the forefront of our natures and maybe the need for the occasional spraying of water while making noises of disapproval.  Instead he placed himself squarely on the arm of the couch, stretched out one leg towards me and fell asleep. If I were not on the laptop he would make the extra effort to place his paw on my arm or my side. He likes a small area of contact. He rarely chooses to curl up in our laps or to be held.

His name is Tigger. He was adopted by a family who was not prepared to care for him and who ultimately chose to let him go. He was skittish from having been handled and chased after by children. He wanted a home. He settled in with our other two cats without challenging the hierarchy cats establish in their shared worlds. Tigger often seemed invisible. He was quiet and found places to be out of the activity of our home. He was at home though and he shared that impression by claiming space.

Time passed. We took in another cat. Our family of adopted cats now stood at four and we decided that was our limit. The entire "adopt a cat" process began as a response from me to the loss of our dachshund. His death was preceded by the death of our two cats, Rico and Sugar. Sonny, the dog of my life, left a hole the size of a passel of animals in my heart. Still there was no plan to have animals for awhile. I went to Pet Smart just to be around animal stuff and met Max, who became our first adopted cat. Then there was Zeus, then Tigger and then Kitty-Kitty. If we had planned on an animal it would have been a dog. Four cats were not on our list. Little did we know that four cats were perfect for what was to come in our lives.

I don't remember now when my husband began to show signs of the rare and elusive disease known as Frontal Temporal Degeneration. I suspect there were signs long before the symptoms that were obvious and demanded attention. Time has passed and the symptoms have morphed and morphed and they will morph again. I am a full time caregiver and my husband is confined to our home. Our routine is varied and each day is unpredictable yet mundane. But one thing is clear to both of us. We would not be able to look after the needs of a dog. I could not be sure that I could walk him as needed and we never know if stays in a hospital or home are on the horizon. It is evident that four cats are great company, aggravating and, I won't argue, more than a little over the top. I will never know if adopting these feline creatures made any sense at all. Once an animal becomes a part of our family that question has no bearing on whether they will remain a member of our family. It is understood by all of us that we are under the till death do us part commitment.

When Tigger chose not to scratch the couch and to take a nice long nap instead I realized how far he has come since moving here. He chooses, at times, to be near and to fling himself across me or to jump into the middle of my chest, nuzzle my face and zip off on a mission that is entirely secret. He also chooses to hibernate in my bedroom for hours at a time and, once in a rare moment of complete abandon, he will groom and be groomed by one of the other cats.

Love works in mysterious ways. It comes to us in moments and in ways we least anticipate. It is on this belief that I hang my hat.

I love it. I have never been a cat person but I can tell you for sure that my two dogs keep things normal for me. How wonderful it must be for you to have them there with you, they understand. Not only have you hung your hat, I believe they have too.

Hurray for the Cats! It's amazing how things will work out - not in ways expected! What a delightful home you must have for all four to get along with each other!