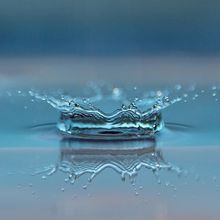 Last night I called my brother to talk to him because I do that occasionally. After I rattled on for 20 minutes I asked about he and his family. He told me everyone was okay but he was in the hospital. Of course I asked him why he'd let me babble for 20 minutes if he was in the hospital. He said it was okay, nothing serious, that he just can't poop and today they were going to do surgery to see what was going on.
When I got off the phone with my brother I called my sister. I thought I would be nice and let her know that my brother was in the hospital because he couldn't poop. My sister notified me that she knew already. But she didn't tell me because they didn't want my mom to know. My brother told me the same thing. So, both of my siblings failed to tell me.

It's after 2:00 p.m. and I figured the surgery has been done, my brother promised me last night that my sister-in-law would call me and let me know what's going on. No, she didn't. I text my sister. NOTHING. So I text my niece, my brother's daughter. Jocelyn text me back and told me my brother has a mass and they can't remove it. They are going to start chemotherapy on him to shrink it. So my brother has CANCER! What the hell? I hate CANCER! I hate chemotherapy. I have heard so many horror stories. I love my brother and I don't want him to go through this. My heart hurts. And I am so mad that they didn't tell me.

My niece did ask that I play it down when I told my mom until they know for sure the treatment plan and such. I just told my mom that he has a mass because he can't poop and they are running more tests. My mom is not stupid. Now I feel bad for telling my mom but I think she has to know. If it were my son I would surely want to know.

<a href='http://www.caregiving.com/members/lillie/' rel=\"nofollow\">@Lillie</a>, so sorry to read of your sad news. Believe me, I understand the anger. Have never understood why people think \"shielding\" is a viable option. You are a wonderful daughter.

Lillie, I'm so sorry for you and your brother. I'm glad you told your mom. I remember my mother-in-law thanking me for telling her about our son's grand mal seizures. She said most of the family won't tell her because they don't want her to worry. Then she said, \"This is my family and I have a right to worry about them!\" As hard as it is, she's right.

Lillie, I am sad for you and your family. I certainly understand the anger. So often people want to \"shelter\" others from bad news. It just never seems to work out that way. People end up feeling angry, discounted, imagine the worst or a whole other host of emotions. So now you have more to deal with in addition to the bad news. Even though the truth may be difficult, I alway believe it is the best way to go.

I'm so sorry Lillie. There's so much to be upset about--that they left you in the dark, that your brother has cancer. I completely agree that telling your mom was the right thing to do. I will keep you all in my prayers, especially that your brother's treatment brings on the cure.

Dear Lillie, I feel so sad for you and your family right now. I really understand how you would feel very angry about not being included in your brother's condition. My guess is that you weren't left out with the intention of hurting you, but to shield you when you have enough to do. I get that, but I believe people need to make their own decisions, and I support you in telling your mom. I hope your brother will respond quickly to treatment and return to his normal lifestyle soon. Thank you for sharing your concern here. I'm standing with you.