If It's Tuesday, This Must be Belgium

If It's Tuesday, This Must be Belgium 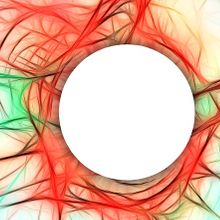 Boomers might remember this reference to a movie about taking a European tour, and the title makes perfect sense when viewed in that light. But to a non-boomer, this title makes no sense at all, and that's what dementia feels like today.

My mom and dad lived in a conservative, unimaginative, oatmeal-colored world of their own creating. When Dad died and Mom started "embellishing" her conversations with little unfounded assumptions, I reprimanded her and said, "Mom, you don't know that is true. We don't know that really happened." I had no idea we were starting down the path to mental anarchy! Now, three years later, my mother can talk very intelligently about nothing coherent at all. In Florida, we had good weeks, bad weeks; good days, bad days. Now in Ohio we have good hours and bad hours, all within a single day. Yesterday she woke up in a complete rage because all night she had been busy "entertaining the troops", and "how could I let that happen?" It took me 45 minutes of talking to get her to come in off the ledge. Today Dr. Jekyll has gotten up with smiles, hugged me and patted my husband on the head.

How do we possibly outsmart this crazy disease? I put away two of her three purses, because invariably we would get to the store and her wallet was left in the purse at home, the one she had fussed with last. Less choice, less confusion, less failure. So then she accuses me of stealing her purse. Paranoia claims the day.