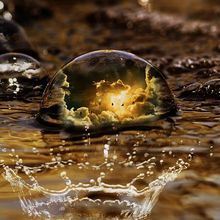 If only we had talked to the Palliative Care Nurse before presenting the whole idea of moving to Mom.

If only we had known how short our time was to be with Dad.

If only I had been more understanding of Mom's feelings rather than having my insides knot up and all my old issues with her come to the surface.

If only my siblings had still been in town.

But life doesn't let us write the script.

Dad wasn't thrilled with the idea of going anywhere, but as with most things, he accepted it and couldn't remember from one minute to the next where he was going and why. Mom yelled at me until the driver came to pick up Dad and take him to St. Paul's. Did Dad want to go, she demanded rather than asked. Why couldn't she just take care of him at home. They had always taken care of each other. (Not really, Mom. He always took care of you.)

The questions and accusations hit hard. I had assumed Mom would come with me in the car and help get Dad settled in, but no, she didn't feel like getting out.  This meant, and she made sure I didn't forget it, I was taking Dad away from her.  When the driver arrived, we had to go quickly. Mom kept asking Dad if he wanted to go. For better or worse, Dad couldn't hear her. In that moment, I was sure this was the hardest thing I'd ever had to do.

Arriving at St. Paul's, the admission's director met us at the door. She was the same woman who had given me a tour a couple of days before and she had recognized our names. I was grateful to see a familiar and friendly face. We were taken to Dad's room and met his roommate, a man who was not keen on suddenly having to share his space. Dad and I had dinner together and another resident sat with us and talked to Dad. Even though Dad was clearly not feeling well and couldn't hear the conversation, we managed to communicate a little to him. I was grateful for the resident.

I helped Dad get ready for bed, stayed during the preliminary intake conversations, helped Dad to the bathroom, and then, once he was tucked into bed, we called Mom. Dad talked to her and told her I had gotten him settled into the hotel. I had told Dad I'd bring Mom the next day to visit. Mom said she would see. She might be busy. Grief is a complex emotion.

At last, I reluctantly said goodnight to Dad. I kissed him on the forehead and told him not to let the bed bugs bite. He rolled his eyes and I realized he undoubtedly had memories of cheap hotels and bed bugs.  He asked if I'd be back in the morning and I said yes. I said goodbye to his roommate, but I won't print his reply. I was again glad of Dad's lack of hearing. I left, but stopped by the desk to remind the nurses and CNA's that Dad needed help walking to the bathroom and he didn't remember he needed help. Could they please check on him often? They promised they would.

In that moment, I was sure that leaving Dad at St. Paul's was the hardest thing I'd ever have to do.

Then the call came just before midnight. The nurse had gone in to check on Dad and he was on the floor and had passed away. He had spent less than 7 hrs at the nursing home. I woke my husband and said I needed him to come with me. We drove across town and a security guard let us in at St. Paul's. All the staff on the floor were in shock. We went in and saw Dad. I sobbed, hugging and kissing him and laying my head against his chest. I was aware of how privileged I was to be there in that moment and how much I didn't like being the only one of the family there.

I was also aware of something else. In the most sacred moment of his death, he had been alone, on the floor. I hadn't been there with him. There was no family gathered round, only an unpleasant roommate.

How was I going to tell Mom?