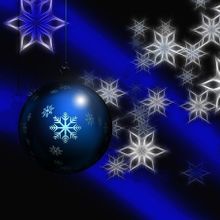 That song came on as I walked in the door about an hour ago.  It was a long day. It started as my cousin who is also concerned about my daughter, called to help me wake up to start chasing the compound pharmacist ...to find out what was happening with her antibiotic.  When I called him I learned that the prescription had been called in two weeks ago, which I didn't know and had been chasing people...even though no one told me. I gave in to paying for it out of pocket...because my child's health had taken a downturn and I knew she need the medication ASAP.  Had she had it when first discussed a month ago...it wouldn't have gotten this bad.

At lunchtime we went to pick up the prescription (dye and sodium benzoate free), and he jumped through hoops and made it so insurance covered it 100%.  Yeah!!!!  I was more then grateful.

We then went to the grocery store, stopped by the dollar store and then came home.  But all that activity was too much for my child and she immediately went to sleep.  Meanwhile I gave my dog a quick walk, came back in and started putting away groceries.  Her behavior got strange noticeably fast.  She was very clingy but not moving fast.  When I tried to help her on the couch, she spit up.  So I helped her back to the ground.  Her hips immediately gave out.

Her kidneys failed and within 30 minutes she passed away. My child sleeping through this while the fight in her immune system raged on.

A friend stepped up to the plate and together we buried Pepper ...complete with ceremony.

Pepper was a black lab/dane who serviced Spike by helping him with his pain and getting dressed in the morning as well as night. Pepper curled up around my daughter during her worse moments with PANDAS/PANS.  Pepper cuddled around another dog of ours in her passing moments.  Pepper kept me company, greeted me all day long, curled up with me under a blanket and was my devoted assistant 7/24/365.  Pepper "was" my connection with Spike and now they are both in Heaven.

I walked in and heard the song about "Blue Christmas" playing on the radio and said to the radio, "So appropriate ...and no offense...so not what I want to hear right now. (sniff)"

Roaring Mouse..I am so sorry for your loss. Our pets are such mainstays in our lives and such a place of comfort. They have a strength and understanding of our needs that is hard to explain and loyal beyond the deepest meaning of the word.

I have always strived to be half as good of a human as my dog thinks I am.....such a loss is very painful any time.....Christmas time seems to magnify those losses. The unconditional love and support from dogs like Pepper is a gift. Peace to you.

Thank you. I am slowly recovering..but sometimes hope exists when you don’t expect it and I plan to explain that soon.

I am so sorry that you have lost a good and faithful friends.May you be comforted in all your challenges.