I'm Not Passing the Course

I'm Not Passing the Course 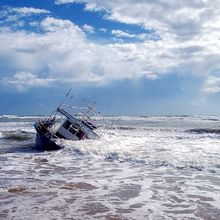 I'm having a bad day. There I said it. I feel like I'm failing at caregiving lately.

Mike left a week ago Saturday to go on a week-long hunting trip with his buddies. He made it to Tuesday of last week. His left foot had swollen up and he had three medium-sized ulcers and six pin-hole ulcers break out. When he packed for the week I stayed out of the way and hoped he had packed everything he needed. He forgot his pain medication and his dressing kit for wounds. I should have reminded him.

Before that I noticed that he had a new prescription at the bathroom sink. He had an antibiotic because he had a cellulitus break out. He hadn't told me because I'd been so sick myself. I felt terrible that he wasn't able to tell me but really glad that he was able to take care of it himself.

This last weekend I managed to squeak in a girls' weekend with my best friend. We were gone over night in Edmonton and it was wonderful... until it wasn't. Apparently, Mike lost his footing in the shower last night and fell. Ripped the curtain rod out of the wall, but somehow managed to save the curtain. I feel like I should have been here rather than been away.

I'm really having a bad day.

Oh Chris, we all have felt that way at times. It is really difficult to balance love, caregiving, independence (both yours and your caree's) and guilt. So hard to not say \"I should have\". I can say that the two times my mother fell, I was right here in the house. I heard it happen. And I couldn't do anything to prevent either one. The last one she just plain missed the bed. She was busy, moving too fast and went to sit down and didn't realize she was at the end of the bed. She hit the end, slipped off and onto the floor. It wouldn't have made any difference if I was away in the Bahamas or right in the kitchen (which I was). My point (took me a while - sorry) is that as a caregiver, you are worth it. You are worth a day off. You will make a better caregiver when you have time to yourself. You can't protect him from what might happen. Even when you are there. So try to forgive yourself your guilt. Tomorrow is a new day.

Chris, it's perfectly understandable when a caregiver has a bad day. You're allowed! We all let guilt get to us now and again -- and that's ok too. We're only human. It's what we do afterward that really counts. We pick ourselves up, dust ourselves off, and get back in the proverbial saddle. I hope today is a better day for you. :)

Chris, I know you must feel your \"selfish\" getaway caused this fall, but do you hold him up in the shower every day? If not, it would've happened just as it did even if you were there. It was hard for me to see that I did not need to be there every second of every day. Stuff happens and those who are with our caree when it does should be able to handle what happens. When I took a much needed respite trip a few months ago, the very first night Mom fell against the dresser and cut her arm. I got a text from my husband, who was staying with her. I then realized that I had not even left her insurance card and ID at home for him!! Being here and taking a class taught me that I could not feel guilty. It would have happened even with me here, and thinking no one else had the brains to deal with it was not right on my part. So, I said....you can handle this, and if you need her insurance number, I will fax a copy to you. Bad days come, for sure, but know that we are all here cheering you on!

I have recalled often something Denise wrote last year, trying to paraphrase, but a reminder that all caregiving is a risk, it's imperfect. Your husband is still your focus and you would never wish him to be hurt in any way, but CRAP HAPPENS. We can't do an end-run around the risk, even on our best day, not to mention a less-than-best day, which most of us live every day. There is no guilt here, no blame, so don't blame yourself. Because you care, you carry the weight, and all of us are here to help lift it because we've been there and know how it feels.

Whatever we do is never enough, really, because regardless how hard we work, we can't make our carees better. Anything short of that, somehow our brains and emotions are telling us we are failing. \nI know what it feels like to see something happening and suddenly not care - and then feel terribly guilty. The \"I should haves\" and \"If only I hads\" and \"What ifs\" keep me awake. One doctor told me a long time ago.. \"don't ever blame yourself for anything in the past - all we can do is start from now\". This was after a doctor blamed me for my 4 year old daughter's kidney stone. \nTake care! \nI'm off for a week. I'm grateful, because I really need this. I'm lucky that my brother is in town to cover just in case. He's here on business, so not much free time, but he's here. \nI'll be holding you all in my thoughts!