In Six Words, What's Your Story about Bumps in the Night?

In Six Words, What's Your Story about Bumps in the Night? 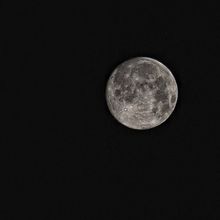 We all get the bumps (sometimes literally) in the night.

So, for this six-word story, let's write about our bumps in the night. Write as many six-word stories as you'd like and share them in our comments section, below.

In the middle of the night.\r\nUnawares, he screams, punches and kicks.\r\nAt breakfast, \"how'd you bruise Hun?\"\r\n\"I bumped something\", I softly reply.