0
During this time when Mom was in the hospital, then in rehab, then home again, I was overwhelmed and hurt and angry. I felt justified in my anger as Mom directed much of her anger towards me. Nurses and Doctors would gently explain to me that I shouldn't take this personally. It wasn't my mom, it was her illness speaking. I would nod and try to smile, but I knew Mom had become her illness years ago. Perhaps things were super intense at the moment, but in essence, this was nothing new.

Memories flooded back: The birthday present I chose for her being loudly ridiculed then returned to the store, my sister coming home from high school with friends and Mom telling her she looked like a big fat cow... Well, you get the picture. Anti-anxiety medications like valium are "disinhibitors" and, at best, they can take away some of the barriers of social anxiety, but they can also go too far, taking away boundaries and preventing any sort of self reflection. Mom didn't seem to have any awareness that her words and actions were hurting us. If we said anything (I did... once), she made it clear she didn't care.

I can see this now and look back on Mom's behavior with sadness, not bitterness, but five years ago when her behavior exploded into psychosis, I was just trying to survive the days. Sometimes, I would drive home shouting obscenities in the car.

While in the hospital, Mom was supposed to be drinking a lot of water and cranberry juice. She once told Dad she didn't want any more juice because she was full of it already. Dad smiled and replied in his sweetest voice, "You certainly are, dear." Dad's humor always helped.

The rehab center Mom was sent to, once they couldn't justify keeping her in the hospital anymore, was across town and a very nice, new facility. My brother had never been in a nursing home, much less a locked dementia unit. He called me the first night and described it as being like "One Flew over the Cuckoo's Nest". I sighed. 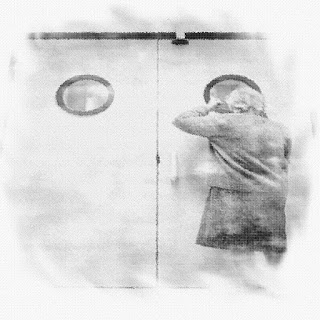 The first night was rough. Seems like Mom tried to get out and was frustrated because the door was locked. Mom, whom I never experienced as racist or prejudiced in any way, described a big black man (only she used the N word) chasing her with a hypodermic needle--all night. The new medicine, Zyprexa, seemed to make her somewhat manic again. It also gave her some Parkinson's symptoms, like hand tremor and balance issues. She needed help to eat because her tremor was so bad.

After five days, Dad was convinced Mom was okay enough to come home and he dug in his heels. Dad, who has always been easy going and... to be honest... a bit of a wimp around Mom, insisted Mom was coming home and he would take care of her. If I'd had more family support in town at the time, we might have convinced him to let her stay longer, but my brother was terrified of the place and sided with Dad. And when Dad became adamant about something, he could be very stubborn.

The social worker advised against taking her home. I agreed, but told her I wouldn't be able to insist on my own. The compromise was to arrange some home care, at least temporarily, until we figured out what we were going to do.

The odd thing was, after the first couple of days, Mom had begun to enjoy herself. There were a few Ethiopian aides working there and they treated her like a queen. Mom and Dad had sponsored a number of Ethiopian refugees coming to the US and had, at one time, known most of their community in our area. It was so comforting to her to have these women around. Before we took her home, she hugged her new friends and cried. She wasn't sure she wanted to leave. I kept thinking, What the hell are we doing?

But we took her home and the challenges began again immediately.

Gosh, Goldie, I relate so much to this. I have a brother who kinda freaked out about the nursing home my mom's at. And, my mom wants to come home but I keep thinking, \"We're walking into a disaster.\"\n\nBut what you endured then and for all those years! Your mom had become her illness. What an incredible insight. \n\nAgain, I just think your mom is incredibly lucky that all of you continued to stand with her to get all the help she needed. \n\nYour blog has become chapters in a terrific mystery. I'm looking forward to reading what happens next. :)