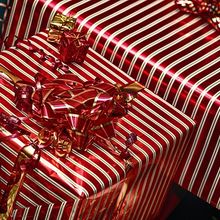 In the fell clutch of circumstance

I have not winced or cried aloud.

Under the bludgeonings of chance,

My head is bloody but unbowed.

I've been memorizing poetry lately, as an exercise for my brain. I used to memorize things fairly easily when I was a kid, but haven't made much effort to do it in many many years. So far, I've learned Dover Beach by Matthew Arnold, and Sailing to Byzantium by W. B. Yeats - that's the one that begins "That is no country for old men." I start by copying the poem by hand, then practice orally or mentally, then type it out a few times. It's a great exercise - not too time consuming - and it awakens my appreciation for these poems and poems in general. I'm looking for a third one now - my main criteria are that I like it and that it can fit one page in a 12 pt. font. This morning I saw on quiz on Facebook: Which famous poem are you? My result was "Invictus"! See the stanza above. It's a short one but a good one. I could never say about myself, though, "I have not winced or cried aloud!" I'm not exactly a stoic!

So Christmas happened and things went pretty smoothly. It's made me happy to read the happy posts of others' Christmas celebrations here. It's such a potentially difficult time - not just physically, from all the stress of the tasks that have to be done, but obviously, emotionally as well. Christmas has been hard for my mom ever since my dad died because that represented the end of all the family Christmas traditions they had together. We transitioned to sharing Christmas with my in-laws, but my parents had always been the Christmas Eve hosts. We continued to see my cousins somewhere near Christmas, but this year both of their parents died, and we didn't contact each other about getting together. I feel somewhat guilty for letting that go by, and plan to check in with one of my cousins this week.

Mom fared pretty well. Her bladder problems were under control, so there were no issues with that, and she enjoyed the family time. I thought she seemed really clear-minded and I don't think anyone else was aware of her memory problems. That made me happy - she was, and was seen as, totally herself. We did a white elephant gift exchange with my in-laws, but that didn't go well for me! I had bought four gifts, one for each of us (so it wasn't really white elephant!) but when the recipients got my gifts, they didn't like them and tried hard to give them away to others. The gifts were anonymous, so I guess that's why everyone felt free to express themselves? My son had picked out one of them - a book of quotations - so when his got opened, I said really loudly, "My son picked out that one!" And the recipient was nice about it. But the others. . . my SIL was the worst, waving the book of origami designs I bought in the air, saying "Please, steal this!" I was depressed the rest of the evening and had to pretend to be cheerful, which was very hard. It was a small thing, I know, but I guess it served as an anchor for other floating feelings of sadness, stress, and insecurity.

This morning is Sunday and no one got up early enough to go to church. Mom feels like her bladder problems returned in the night - frequency and urgency, but not the pain she was having with urination. I guess that means a trip to the doctor next week. We'll see how the day goes.

Next week is still vacation for me and my son, and we both start back on the 6th. I only have one class this semester, but it counts as 1.5. Less money, more time. Here are the things I'm worried about going into 2015:

The neuropsychological testing and results - coping with that, for both me and my mom.

My work schedule - am I cutting back too soon? Should I try to pick up extra work for the money?

Get my weight down and fitness up through low-carb eating and exercise.

Consult with a senior care manager to help me plan for the future.

Thank for the sympathy and/or encouragement, all! Fortunately, I have a year to recover before the next White Elephant thing.:-) <a href='http://www.caregiving.com/members/lillie/' rel=\"nofollow\">@lillie</a> - I hope you're feeling less grouchy today! Someday I would like to connect with everyone here on FB but at this moment, I am keeping this support group secret and separate from my family.

Hi LM--Oh, I feel for you with the White Elephant! I've had my share of disastrous exchanges. I have to tell you, though, that your gifts sound wonderful. I would love a book of quotations and a book of origami would cause a fight in my family (everyone would want it). I'm sorry that you had to experience such insensitivity.\r\n\r\nYour goals sound terrific. I'm planning a year-long goal activity for us here--I'll hopefully post more details on Tuesday. We all need support in meeting our goals.\r\n\r\nThanks so much for keeping us posted.

I just take a deep breathe, say a quick prayer, explain to my boys (cuz they're old enough) what I'm doing for mommom and WHY, and I try to keep the doors of communication open from BOTH directions. I'm completely open about what and why I'm doing what im doing!!!

What are goals? I envy you! I used to love poetry but now I just read novels. Mystery/Suspense and literature about Caregiving. Invictus huh? I'll have to check it out. Are we connected on Facebook? Have a great day! I'm grouchy today!