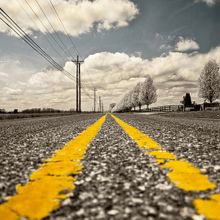 My husband retired from the Army with 24 years in 1988 and I retired with 20 years in 1993. When we returned to the States we both found jobs and work until 2007. We both retired early because of my cancer and decided we wanted to travel around in our motor home. My hubby is from Oregon and his family lives there and in Nevada so when we traveled that far we tried to see everyone.

So now you heard my history. This week started with babysitting my 5-year-old nephew who we used to babysit almost five days a week because his parents worked at Disney which is 50 miles from home. We were lucky that they live in the same neighborhood, which makes life a lot easier even though we would never turned down a chance to have him stay with us for the night. Well, our 5- -year-old goes full-time to kindergarten. He usually spends at least one night a week with us; this week it will be three nights.

The week began by taking care of our 2 1/2 years old granddaughter five days a week, which means getting up around 6:30 a.m. She arrives at our house at 7:15 in the morning and it's usually around 5 p.m. or so when one of her parents will pick her. Boy I forgot how busy a little one is. It's been since 2007 that we had to get up that early. But with all pleasure there is a down side and that is my mother who gives me a hard time that my son and his wife are using us. My son was adopted in 1988 at age 7 years old and I have always felt Mom was different with Mike in a strange way. She was good just not like the other grandchildren. But I never said anything. Well now that she lives with us she is showing how different she treats my son and his family. Yesterday I hit my breaking point and finally told her. Well, it didn't go well but at least I told her. She tells me how she gave up everything when she moved in with us. She doesn't see that we had to get a storage unit for our living room and bedroom set. Plus we can't travel as much as we would like. We are only by ourselves when we are in our bedroom.

I spent the day at the my two doctors appointments, which took longer than I expected. Of course I have to have follow-up visits.
So tonight I am very tired and tomorrow we won't have any children till 6:00 or so. Oh, on another note: We were blessed with another granddaughter--it's hard to explain how she is ours. A story for a different day.