It Keeps Getting More Complicated

It Keeps Getting More Complicated 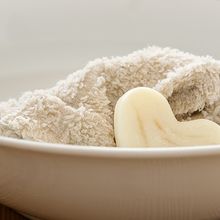 One of the things about having Mom move in will be discovering exactly what her needs, abilities, and no-longer abilities are and (hopefully) finding a way to resolve issues she's having -- at least for a while.

One popped up yesterday while I was over there packing.

She has no idea why the use of a washcloth is important. I noticed that there were no washcloths in the bathroom. So as I was packing up the linen closet I took a cloth and put it in the bathroom. She had a fit. Kept insisting the cloth should go in the box. I explained that no, she was going to need it to wash her face. "No!" Explained again that the washcloth is how we wash our bodies. "No!" And so on.

This was similar to the argument over the changing of underwear. It is no wonder that she stinks. Less than three months ago she told me that she didn't take a shower but that was okay because she washed the important parts. At that point there was a washcloth in the bathroom.

I have no idea how I am going to get her to keep clean.

She moves completely in tomorrow.

I also have no idea how I am going to deal with her being at my house on Sunday while I clean her apartment. The woman has no friends. My friend who was going to help is out of town. I'm actually worried about leaving her here alone but if I take her over there with me she will be very agitated the whole time and I won't get anything done. Case in point: yesterday she had a fit because I threw out USED DIRTY paper plates.

Thanks. \r\n\r\nIt's a small ranch style house, two bedrooms so while she will have her own room there is only one bathroom and I won't be able to set up an apartment for her.

These situations are so upsetting and so unsettling and such a shock to the system. You just don't expect to be in an argument about a wash cloth. \r\n\r\nI have no idea if this will work: Could you bring her on Sunday and assign her \"jobs\" to do (like folding clothes even if she folds the same clothes over and over) to keep her occupied and distracted? Or will she just shadow you the whole time? Or, perhaps you could give her jobs to do while you are gone (like a basket of clothes to fold)?\r\n\r\nWe had our monthly FTD talk show with Dr. Hall on Thursday. Dr. Hall shared a tip sheet about managing impulsive behaviors. While the behaviors listed may not be your mom's, the tips to manage are helpful. You can reach the tip sheet here: https://www.caregiving.com/wp-content/uploads/2017/04/Impulsiveness-in-FTD-1.pdf