It's Been a Whirlwind Week!

It's Been a Whirlwind Week! 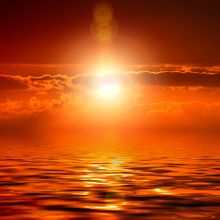 I was able to head to see my kids last weekend, somehow San Diego is so much closer now than Phoenix! I feel guilty about taking off and leaving AwesomeHubby and my carees but I was also driving a friend to see her kids and grandkids. I could easily rationalize the getaway. AH gave his blessing. :)

As I was waking up on Sunday I realized I had just missed a phone call from the retirement place where Elly resides. Oh! Shoot!!! I called back right away and the nice manager told me that Elly had called and said she felt like she was having a stroke. So, evidently, the fire department and paramedics found her sitting primly on the side of her bed waiting for help. NurseySister was finishing her night shift and was exhausted so we agreed to let the medical professionals do their thing without us going -- I was six hours away, NS was exhausted and BabySis still needed to be notified. So, I texted BabySis and went about my schedule as planned. We always know that our last goodbye may be our last, so be it.

Elly was just taken down by her meds, the blood pressure med depleted her potassium and sodium so they pumped her with the appropriate IV's and that was really all that was wrong. This knocked her for a loop! She became very weak, by the time I saw her on Tuesday, we were looking for a nursing home for her to be discharged to. The doctor cancelled her discharge after NurseySis had called me at work and I left immediately to call the places we trusted. Fortunately, the one we wanted to move her to, A. Home, wanted the hospital to download her meds so they could decide to accept her since they had a bed. It didn't take me much time get to the hospital to notify the discharge planner who was very helpful. But, within a couple of hours, the doctor came in and said he wanted to keep her another night, wanted to check her chest x-ray since Elly was having trouble breathing. They hadn't given her Lasix when she came in Sunday and the first dose was finally given Tuesday morning but not in time to keep the labored breathing from beginning. So, another round of lasix in the evening after the PT got her up and walking down the hall. I finally left after she ate her dinner. Wednesday, we were told the doctor was ready to discharge her and we weren't comfortable with the nursing home that picked up her case -- A.Home called me and apologized that they were not able to take her since their beds were full. NurseySis came up with a plan to have an agency provide 24-hour caregiving for a week which would give us time to figure out where Elly could end up for assisted living which was now going to be the new normal. Elly really did want to go to A.Home and we were surprised she was so willing. So, Elly came back to her senior apartment with 24 hour caregiving -- $4k a week!!!

Today, I called A.Home and asked for Elly to be put on their waiting list, explaining the situation of missing out on the nursing bed this week but now we are paying $4k for caregiving until we can figure out where she can go. The director of admitting was appalled at the price and wanted to meet with me as soon as possible -- Friday at 2 p.m.! There may be a bed available!

Bro-in-Law is a double amputee (this summer), just below the knee, lost several fingers and will have more surgery to remove the rest of a digit soon. AH has been going three to four times a week to assist him in hooking up dialysis, feeding, shaving, wiping. Well, doing for him what he can't do with bandaged hands. So, tonight I sent a smoothie to BIL and some recipes he wanted for the nurses. AH is really tired and admitted to some depression. He is getting his Caregiving Badge! He would love to take some classes to be better at knowing what to do. I am so proud of him and this time with his BIL is very precious! BIL may be moved to our city hospital which would be fantastic for us but terrible for his full-time caregivers (2) who would have to drive 40 minutes to do their caregiving. I am praying that the hospital here will take care of his dialysis like they did when he had his heart attack and be more proactive in getting him to take care of his own feeding needs. We will have to go more often but since it's closer it would be much easier. BIL is younger than AH and me but he may really be on borrowed time.

At the same time, I have not seen my dad for a week because of my weekend trip and all the juggling with Elly going on. Tonight I went and took him soup I made and some sunflower seeds I had grown and roasted. I wasn't ready for the shock of seeing him looking more gaunt. His wife isn't able to handle a lot of this part of their life together. I just want to take my dad home and spend the time with him that we have left. He is under hospice care at home, tumors on the aorta, kidney, in the abdomen and cancer cells throughout his lymph system. I know I need to go every day so it's not so hard. I promised his wife that I would come tomorrow, somehow I need to fit in a talk with her about the funeral arrangements. It's odd, but I know someone in the business and I want my dad to be handled by a private funeral home by someone I respect, not an industry. I hope she is respectful of my wishes but I WILL get MY way. My sisters know that I want to make that decision.

I am feeling like this Christmas will be the one without my grandma and my dad. It will be okay, we will be our family for the first holiday time together -- my boys and their wives. Everybody plans to come to our home for Christmas. I know we will find joy in whatever the circumstances.