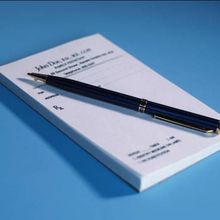 ...but here's my take on Lewy Body dementia.

Lewy Body dementia is a degenerative brain disease that deposits alpha synuclein plaques, also known as Lewy Bodies, in various places in the brain that destroy neurons causing impairment in thinking & coordination which leads to a whole lot of other issues.

I've tried to educate others as to what Lewy is and what Lewy does through this blog, hand-outs and spoken word. Yet when someone starts talking medical to me, I get lost in the language SO I began explaining it in terms I could understand.

Hubby has Lewy Body dementia. It is the second most common form of dementia after Alzheimer's. It is a brain disease that has symptoms that look like Parkinson's where he shakes a lot, and some symptoms that look like Alzheimer's when he has memory and/or thinking problems. One of the differences in Alzheimer's and Lewy Body are the fluctuations Lewy can do. You might even think the person is faking a problem because they seem so "normal" one time, "off" the next time, and back to "normal."

So, imagine a highway.

In Alzheimer's, when the plaques and tangles interrupt the brain neurons trying to make a connection, the connection shuts down like a road block of quick sand. The neuron says, "Well we can't get past that" and it stops trying and eventually dies.

With Lewy, when the neurons hit a road block it keeps backing up and ramming to get through. The "off" happens while the neuron frantically tries to find a way through or around the neuron road block (Lewy plaque) until it either accomplishes a detoured route (normal) or has used up all of the options. Once it has no other options, it then dies. Probably from sheer exhaustion. :/

The Lewy delusions and hallucinations are like a house of mirrors and glass. In Hubby's case, most of the time he knows he is in the house of mirrors. There is more than one of certain things, things like me most of the time. Other things are distorted and confusing but, since he knows, he tells himself it's distortion or asks. This is a place I get to be also. I can see him but I can't get to him. There are occasions when he can't make the distinction. Those are the times he becomes convinced of what he sees and is sure he has found the way out. When it turns out not to be, he becomes agitated and angry.

I can't stop the progression. We've applied all of the slowing down we can and now our tires are worn to threads. I can only learn how to try make Hubby's life easier for him. It's a delicate balance and a LOT of trial and error in meds and action.

As easy as it can be to take his negative attitude and actions personally, I MUST remind myself to keep my own self in check. I get testy and pouty and annoyed. When verbally pushed, I verbally push back. I'm not the perfect caregiver but I love deep, even if some days I don't like. I do the best I can. I try not to wallow in the negative but I can get overwhelmed. I can shut down but I always regroup, stand up and continue going. I laugh and surround myself with others who laugh. I limit negative from outside sources. I offer support the way I want to receive it. I try to care for myself. So far both Hubby and I are doing as best we can. I contribute that to the very many prayers I say throughout the day. Prayers for him and for me. It's my prescription for our happiness.

Even though I'm not a doctor, I think it's working.

Hi Kathy--You are not a doctor--but you are just what the doctor ordered. \r\n\r\nI love how you explain the disease process--I can't think of any professional who could describe it better. I think your approach to caregiving is perfect because it's not about being perfect but about being human. When we're human, we can connect with others in an honest, meaningful way. That's the best prescription to living a good life.\r\n\r\n:)

Hi, Kathy -- I think \"perfect caregivers\" are made of unobtanium. :-)\r\n\r\nI love your analogies for explaining such a terrible disease. My partner doesn't hallucinate (except for when she was hospitalized in 1982), but her MS and psych issues can make her lash out. Shutting down gives me respite when I need it.\r\n\r\nSometimes her words leave me ringing like a gong inside as I keep my mouth shut on the outside, and I have to wait for all those vibrations (and imagined worst-case scenarios) to dissipate. On good days we both regroup and learn better ways to handle it.\r\n\r\nAm sending prayers and wishing you and Hubby love, laughter, peace, and all the best prescriptions of the spirit. (((Hugs)))