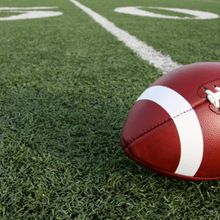 So, the Chicago Bears stunk up the place last night, as my dad would say. They lost to the Green Bay Packers 55-15, which means the team has three wins to its six losses.

Now, I appreciate that Cutler doesn't play this game on his own; he has teammates and coaches. Cutler, though, makes a ton of money to play.

He isn't earning that kind of money.

We live in a country that pays $22.5 million to one man who isn't earning it while another who should earn that kind of money couldn't afford the supplies she needed to monitor her mom's diabetes every day.

I think Jay Cutler needs to donate his salary to the city of Chicago, which can then distribute the money to solve the city's pressing problems, including:


Come on, Jay. Give us sports fans a thrill. Throw the best touchdown of your career--donate your salary to really help our city.

(You can listen to LookingHeavenward talk about CareGifters program in this podcast.)