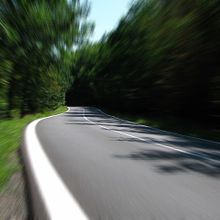 When I had a baby, it seemed like I couldn't get into any conversation about parenting without having to take a side in the Mommy Wars. I encountered so much defensiveness and aggression regarding topics like working outside the home, breast-feeding, attachment parenting, organic food, home schooling, etc. It was worse on the internet, but real life was also full of judgment. Friends, acquaintances, and even strangers felt that they had the right to comment on the way I fed the baby, especially. As I move into caregiving, I've wondered if I would encounter similar Caregiver Wars. I've been relieved to see a lot of acceptance here on this site. It seems like there is respect for different forms of caregiving.

When I first became aware of my mom's memory problems, my anxiety was overwhelming. I was reconnecting with an old friend on Facebook at that time, and I told her briefly that my mom was living with me, but that I was worried about her memory problems. The friend responded warmly and positively, saying I was doing the right thing by taking care of her and that that's the right way to treat our elders. And I could mentally hear the kindness and good intention in her voice. But I reacted so badly! Her affirmation just gave me a brand new fear - that if I ever felt like I had to move my mother into a nursing home, I would be seen as uncaring, unloving daughter.

Mom spent a day with my cousins this weekend, and they both commented to me about her memory problems. Of course I see all the same things, how she asks the same question over and over, or repeats the same story, but the part of me that longs to be in denial can easily make excuses or ignore the lapses. So it somehow shocked me, hearing it from them, a shock to my system that sent me into a tailspin of anxiety and sadness. I was thinking, "This is worse than I thought, she's going downhill, I'm not doing enough to prepare, etc." But I realize that I have to take things day by day. As badly as I want to, I can't know what the future holds. Nothing is really worse than I thought. Things are exactly how I thought. And she is still herself, still with me right now. I can't lose sight of that very important fact.

She is taking insulin, and my cousin's wife said that she didn't like her taking it because of the risk of taking too much and having a seizure or fall or heart attack or some other terrible thing. I didn't know it was so dangerous! So as soon as we got home, I took her needles upstairs and brought back down six for the rest of the week. I lined them up on a piece of paper labelled with the days of the week and wrote a note reminding her to confirm the day of the week by checking her Kindle (her idea!). I can easily keep my eye on the needles this way. I think this method is okay for now. She had not even had any problems taking the insulin, but I know my cousins' concern is legitimate.

This morning, I was going to the grocery store, so I checked her supplies and asked her what she wanted. She complained about not being able to drive, and said something that began, "As soon as I can drive again..." So I said, "Maybe this is a good time to think about retiring from driving. I am happy to get things for you or take you where you want to go, and if I have to go to work or do something else, we can get someone from Home Instead to drive you anywhere!"

She talked about how she has decreased her driving over the years, eliminating night-time driving and far distances. She talked about her good driving record, how she has never ever had an accident. I said something like, "I know! You've always been such a good driver. But when people get older, their reaction time slows down, so they can't react quickly when someone else makes a bad move. And when people have memory problems, it can cause moments of confusion. It wouldn't be your fault if that happened, but it's a risk factor. So maybe we can think about quitting while we're ahead."

I thought I made a pretty good speech, and she didn't react badly to it. I don't know if any part of that conversation will stay with her. But maybe if I keep bringing it up in that way, it will become a familiar idea. She's retiring from driving. She's quitting while she's ahead.

Does your experience of caregving affect the way you think about your own later years? I'm thinking about this a lot these days.

What a wonderful blog! I can relate to some of the things you spoke about in so many ways. While I'm not dealing all of the issues you have been with your Mom, I know there is a common thread in one of them that we all can relate too. I find myself thinking of the future more and more. I've been doing this for 5 years now. It's the longest I've ever not held a public job and frankly, it scares me to death to think about getting out there in the job market again one day at my age now. But, we're not to dwell on things we can't determine. I just try to look toward the future with hope. Feel free to friend me or message me anytime.

I have thought about what I would want for myself when and if I get old enough to need help of my own. Since I'm single and have no kids I don't have any particular options open yet. But I keep telling myself that just as important as knowing when you need help and who can do it is when it is too much for whoever that may be whenever that may be. So I'm wanting to include in any conversation I may have in the future that I don't want to be needing more than what whoever that may be can do, and I want to include in those conversations that I won't leave a nursing home out of the realm of possibilities. Just, let's start early with looking at them so I can make an educated decision about it while I still can and have the time to. And if I never need to go into one then it's all the better. One thing my history of a temporal lobe brain tumor and a micro pituitary tumor has taught me is that it's not too bad to plan for stuff, but you never know what road is going to be traveled to get there.

Rosie, it is valuable to have the opinion of someone you trust, but I think a lot of times people say nice things just to be friendly. I'm guilty of that. My mom is pretty easy-going, too, but her mother (passed away with dementia), not so much.

Thanks, Pegi! I hope I can keep it going.

Rosie, you expressed exactly what I am thinking, even the exercise and eating sugar part! I'm more afraid of suffering than dying although I really wouldn't want to die right now.