Laughing Until You Die

Laughing Until You Die 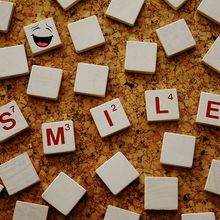 Just weeks before Christmas some years ago, Shirley Rapp and her family faced the devastating news that she had what appeared to be a terminal illness.

But that didn’t stop Rapp from wanting to do one last round of Christmas shopping for her kids. Her daughter, Karyn Buxman, a self-described neurohumorist and RN, went along. When the mother-daughter duo stepped into a St. Louis-area stationery store, Rapp picked up a day planner that she admired, turned to her daughter and quipped: “If I make it past Jan. 1, will you buy this one for me?”

That’s when Mom and daughter burst into laughter that attracted every eye in the store.

For some folks, the process of dying comes with less stress when it’s something of a laughing matter. Not a yuk-yuk laughing matter. But, at its simplest, a willingness to occasionally make light of the peculiarities — if not absurdities — that often go hand-in-hand with end-of-life situations.

An aging generation of boomers, the oldest of whom are now 70, grew up to the background sounds of TV laugh tracks and are accustomed to laughing at things that might not always seem so funny. There’s even a non-profit organization funded by donors, conference revenue and membership dues, whose mission is simply reminding people that laughter is a core ingredient of all facets of life — even end of life.

“Laughter is the best medicine,” says Mary Kay Morrison, president of the Association for Applied and Therapeutic Humor, “unless you have diarrhea.”

Humor is particularly important when folks near end-of-life situations, says Morrison. Turning 70 hasn’t stopped her from engaging in activities specifically to make her laugh — like hopping on her pogo stick. “While death cannot be cured, your frame of mind is something that you can change.”

Her group has some loose guidelines for the use of humor among the dying. Most critically: Make certain that you know the ailing person very well before using humor with them.

On its website, the National Cancer Institute urges patients to build humor into their day-to-day lives, in ways as small as buying a funny desk calendar and watching comic films and TV shows.

Buxman, who earned a lifetime achievement award from the AATH, gives speeches on the importance of life’s comic moments. A former hospice nurse, she takes humor very seriously. She has studied the impact humor has on the brain and on the stress levels of patients in their final days. The right humor at the right time, she says, can infuse the brain with pleasurable hits of the stimulant Dopamine, decrease muscle tension and anxiety in the body’s nervous system, and momentarily diminish feelings of anger or sadness.

As it turns out, her mom survived her initial illness — only to later develop a fatal form of Alzheimer’s. Near the end, Buxman took her mom to the doctor’s office — at a time her mom had stopped responding to most external stimuli. While sitting in the waiting room, Buxman could hardly believe it when her mom uttered, “Make me laugh.”

Buxman knew this was the time to share a funny, family memory. She recounted to her mom the story about the time the two of them visited the kitchen section at a large department store and saw a display of frying pans cooking what appeared to be artificial eggs. “This food looks so real,” her Mom said, poking her finger into the fake food. But the egg was real, and when the yolk popped, it oozed all over Rapp and the display.

“As I recounted this story, Mom’s face moved and her eye’s sparkled — and the two of us just doubled-over with laughter,” says Buxman. “Even near death, we can still communicate to the most primitive part of the brain — with laughter.”

Just ask Paula McCann, an elder attorney from Rutland, Vt., who writes the blog onthewaytodying.com. She recalls when her then 83-year-old father, John, who was diagnosed with Alzheimer’s, requested to die at home. His children and wife took turns caring for him. One evening, McCann sat with her mother at her father’s side, shortly after he had been administered his last rites. Mother and daughter started to discuss where his soul was at that moment. McCann suggested to her Mom that perhaps it was in a holding pattern, while God reviewed the right and wrong he’d done, before allowing him into heaven. That’s when her mother quipped, “He’ll be there forever.”

A sense of humor about all of the drugs patients deal with at life’s end, helped Ronald Berk, former assistant dean at John Hopkins University, through a rough patch. His wife, Marion Smith-Waison, a former OBGYN doctor, was very ill before her death 18 months ago. She had scheduled a meeting at their home with folks offering holistic medicines. When Berk entered the room, a drug counselor asked him, “Are you taking any medications?” Berk shot back, “Yes, I was taking crack — but I gave it up for lent.”

Chip Lutz, a professional speaker who retired from the Navy years ago, recalls the importance of shared humor before his father, Eugene, died last year. Trying to squeeze an extra hug out of visiting family members, Eugene often cajoled them with, “Well, this might be the last time you see me.”

But Eugene’s son, Chip, had the perfect response. “You can’t die yet — I don’t have your eulogy done,” he shot back.

Few people hear more morbid jokes than hospice workers. Several years ago, Allen Klein, an author and motivational speaker, volunteered at a hospice in the San Francisco Bay area. An elderly woman he was assisting told him that after she died, she wanted her husband’s bedroom repainted — with her cremated ashes mixed into the paint.

“Why would you want that?” inquired a confused Klein.

“So I can look down at my husband and see if there’s any hanky-panky going on.”

KHN’s coverage of end-of-life and serious illness issues is supported by The Gordon and Betty Moore Foundation.

KHN’s coverage related to aging & improving care of older adults is supported by The John A. Hartford Foundation.