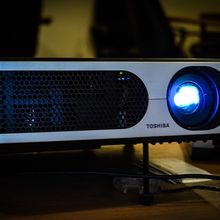 I used this as a post the other night on Facebook, and thought it would make a good blog title. As the night unfolded, I knew it would.

I'm still up to my neck in classwork for my two online classes, English Research and  Web Tools. Oddly, as much as I do enjoy blogging and creative writing, this English class is a constant struggle for me. But I have to have the class to graduate. So it must be done. Sigh. The main assignment so far this year was developing a proposal for research on a topic that was assigned to me. It's easy for me to write about things I enjoy, have knowledge about, etc. but not so easy for me to write about something someone tells me too. Maybe it's this stage of my life. Who knows.

Anyway, that evening I was able to get Dad settled with supper (leftovers from his favorite dinner), and I was looking at my assignment (yes, a little late in the evening AND on the due date). Bad idea, and I'm a huge procrastinator at times. It's one of my worst faults. I began reading lectures, there were several and printing out notes when I realized that for the presentation, that could be done as PowerPoint, not only did I have to do "voice over" in the slides I had to do VIDEO of myself on some of them as well. What???? Oh really? It's like 9:30 at night when I realize this. The assignment was due at midnight. Yikes!

So after I had developed my PowerPoint slides (easy part), I did the voice overs. Then I realized how horrific my Southern accent sounds. Don't get me wrong--I live in the South. I KNOW I have an accent and  dialect that's very stereotypical but seriously? I sounded worse than any actor had ever exaggerated the Southern drawl. Well enough of that, horrible voice or not, I had to do this. So I swallowed my "southern pride" and did the voice overs.

Now in the meantime, the last game of the World Series was on, so Dad was a happy camper. I checked on him several times (another delay) and was glad he was being entertained. Now for the video part. I'm not comfortable at all in front of a camera, for any reason. These people that take all the selfies. Umm, not me. Then when I do take pictures, for some reason I rarely smile. So I look like I'm being walked to a death march. Don't know why, it's just me. I keep hoping that will change.

Now, mind you, I had been in my pajamas all day. So not only did I need to put on makeup and get "cute", I had to change clothes. Dad sees me looking through my closet and I picked out a soft shell, a cardigan (of course ) a bra, and he said "Are you okay?" Well, no, I answered, then I had to explain to him what I was doing. By this time it was 10:30. I get dressed from the waist up, still have on my pj pants just like I'm going out to church or to some function. I sit in front of the webcam to do the videos and I am a nervous wreck. I got them done, through many "takes" and was very relieved when I finally uploaded the assignment. Yes, it was close to midnight when that was happening. My daughter came in from work and I know she must have been puzzled at me sitting at the kitchen table. From the waist up I looked like I could walk out the door. From the waist down I was ready for bed. I guess a selfie would have been appropriate.

She put Dad to bed for me (thank goodness) and when I went back there to tell him goodnight he said, "You look so pretty." He's always complimentary, and that is one of his best "outs" to get away with anything. I kissed him good night and he said, "You should go somewhere," I said really, now? He said well, you look so nice. Maybe you should just go out somewhere. So I guess according to him since I had on makeup and looked half decent, I should have gotten in my car and drove around town, or went to WalMart, or maybe even a bar if they were open. Not. That ship has sailed. The only reason I'd be out that late would be in case of an emergency, and the last thing I would be concerned about was my appearance. I just kissed him and said No, I don't think so. I'll just stay here.

Off to the bathroom I went to take off my makeup, and change back into my pajama top. So, my adventures in caregiving are still continuing. Still struggling to finish these classes so I can graduate and move on to the next chapter beyond that. I just thought this was a snapshot in my evening that was too funny not to share with you all.