0
Taking refuge in the library today. So exhausted after the last week. I was able to sleep a good 10 hours last night - heard her get up once round 5:00 a.m. which is her normal routine. Even the cats let me sleep - they know.

Still feel emotionally wrung out though. I did ask her if she wanted to come to the library and at first she did then changed her mind for some reason. She may not feel well - though I keep asking and she indicates that she's fine. Yet she didn't get up until almost 11:00 when I woke her up - and that took a bit - and she's been in the bathroom several times with intestinal issues. Will keep an eye on her this weekend, hopefully won't need the doctor but who knows. It must be like dealing with a small child who can't tell you how they feel. heck, my cats do a better job of letting me know what hurts.

If she had come to the library I wouldn't have brought my computer and notebook to update the week's issues. Just come, gotten some books and/or music and that's it. Taking advantage of no-cost escape.

The weather is great today but the park doesn't have wifi - if I can scare up the $ I may grab lunch and head over there after a bit.

Still not finding what I am looking for in communication "flash" cards. Been Googling and searching online but not finding what I need. I had seen a recommendation somewhere in a forum or group or dementia resource site and now I can't find it - actually found the cards on Amazon and now that I try to go back to them ... nothing. A board would be too cumbersome I think - not really portable for when we go anywhere. It's been suggested that I make a set. Really? With what time?

Would love to be able to get together for lunch with friends. Some have asked how they can help and that's a way I have said that I would deeply appreciate - let's get together for lunch as it would be great to talk about things other than Mom's issues with someone who can actually carry on a "grown-up" (for lack of a better term) conversation. The resounding echo in the halls of silence that constitutes my life is deafening.

Why IS that? I'm not going to regale them with tales of woe - I want to be able to talk about ANYthing else. Current events, the last movie they saw, book they read, antics of their kids, politics even. I want to feel like a part of the world even for just an hour. Nope. In the world of couples it is awkward enough to be single. In the world of parents to be childless is also awkward.

To be single, childless and a caregiver for a parent with dementia apparently is the triple threat of doom.

So I am at the library. Being the nerd -loner that I have always been... it's a refuge but in a way it is kind of a prison. 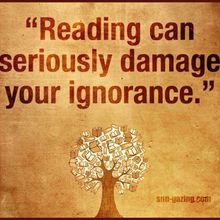 Awesome writing. I felt each part of your experience as if I were right there with you. I love your honesty when you share with us.