0
Again, I have been remiss about writing on a more regular basis.

It's not that anything has been really bad - but life itself sometimes just gets in the way.

June of 2017! The news itself was almost magical -- she verified the pregnancy on her birthday -- one year to the day that she met our son. (Their whole love story is magical - so why should this be any different?). The whole family was thrilled for them. Then two weeks later, the terrible happened and she lost the pregnancy. I spoke at length with my son who, while sad about the loss, looks at it more clinically and understands that this pregnancy was not viable and that there will be others with happier outcomes. His main concern is his bride and her well-being (both physical and mental). She closed herself off a bit from everyone and, while I can understand and intrinsically know that each of us deals with our grief and loss differently, I wanted nothing more than to mother her as only a mom can and felt that as she closed herself off I lost that opportunity. So in addition to mourning the loss of what could have/would have been a grandbaby, I also mourned the inability to comfort one dear to me as I felt I should. (Her own parents have passed so I feel an even stronger need to be there for her when needed). I know, selfish of me. But I didn't push, I respected her desire and backed off and mourned on my own.

Another on the good side, is that Heather, my one suffering from Panic/Anxiety, has been getting out more, both on her own and with others. A few weeks ago, she spent a Sunday out shopping with her sister and then came to a meeting at a local diner and ate in public (not something she has been comfortable doing). She is now able to travel on local highways both to and from locations (something she hasn't been able to do for years). She is more eager to do things "out" than before and sometimes at the expense of others (mainly her sister or me). God bless Brittany who takes her out or goes out with her often even when she has other things to do. I guess this is one of the positives of my husband's negativity. Heather gets so tired of it that she ventures out just to "get away" sometimes.

And me: I took on a part-time seasonal position with one of the high school marching band circuits. When our youngest marched (in both high school and college) it was a great time for me. I've always enjoyed the pageantry of the marching arts, and this gave me a chance to be a small part of it for a good number of years. This year, she quit her job working with the local high school marching band because of the distance (now that she is living with her boyfriend out of state, it was too far and not enough pay for her to commute daily for the stress). I had the opportunity to work for the major circuit and took it. In addition to my regular Monday through Friday job, I've been working every weekend since September at marching band competitions. We have two more weekends (both national events) and the season is over. I've made some good friends, enjoyed some great shows, gotten out of the house and had the opportunity to be the "nice" me (the real me) and get paid for it! The money I make will ease Christmas for us this year -- not that we go big -- but it was always a struggle to find the extra money to make it special. This year, I hope that will not be the case and that the extra money I've earned since September will take that stress away. While I am sometimes tired from the pace, I am also renewed in mind/spirit/and body (once I recoup and warm up). I feel like it keeps me young and I know it makes me happier!!

But the "bad" side of working six and seven days a week for the last two and a half months is that our home is desperate for some loving. He has been doing less and less around the house, some days nothing at all beyond sitting in his chair watching television. It's not that he can't do anything, especially when he goes to the church to cook, work and more. I think he chooses not to. He used to clean some of the bird cages for me and that hasn't happened in a long time now. Before I could count on him to do dishes (and we have a dishwasher, so he just has to load it and push a button) and most days that doesn't happen. And then he complains about the condition of things or no clean dishes and I have to bite my tongue.

I've been slowly trying to catch up. This weekend is a double-header of shows so I don't have this weekend for chores. Next Saturday (the 12th) is the big national competition at MetLife (Giants) Stadium and the end of the season. But I may be doing an 18-hour day there so I'm not expecting to get much done on Sunday besides warm up and maybe nap. 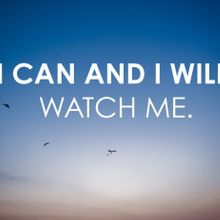 My apologies, MD, for being so slow to comment!\r\n\r\nAs always, it's good to hear from you. I'm so sorry about the miscarriage! I understand your feelings about your daughter-in-law. I had a friend who went through her divorce on her own. I had a similar reaction as you--I didn't know so I couldn't support and that hurt. \r\n\r\nI hope the national competition went well. I also hope today finds you surrounded for those who love and too many blessings to count.\r\n\r\nThank you for being here with us!