0
That's what my husband said last night, as we lay in the dark in our Ohio house. I agree.

I started my journey in Florida with a mother who was slightly ditzy, and ended my journey when all her affairs were settled after she passed. In those years we experienced Alzheimer's disease at its finest, hospice care, her death, the sale of her house. In that time as well, I enjoyed the birth of a granddaughter and loved every minute of her first 16 months.

Would I like to live near her forever? Of course I would. Is it realistic? Of course it's not right now.

I went to my parents' grave before I left Florida last month, hoping we would have a good chat. But there were no messages there. I had nothing more to say, and their perfectly coiffed bodies rested beneath me in their walnut vaults. I had a deep sensation of this, as they lay side by side like a cathedral King and Queen in effigy.

We finally had my mother's memorial service in April. She died last August, and we always hoped the family would be together in a timely fashion, and my husband would conduct the service as my mother wished. The timely fashion passed, and everything else expected was done, except this. She left a weighty envelope full of notes and quotes for my husband. The service was simple, in the church where Mom and I worshiped. About 12 people came; I say 12 because two were late and two came when it was over, but it's the thought that counts. From the moment my husband began the opening remarks, I felt a dignity and significance return to my mother's life that had been so sorely lacking. Until then all I could remember was her sick body and lost mind. The service elevated her to who she is now, all whole, all well. I do believe she has been whole and well since the immediate second she died. In my mind I knew it, although I didn't feel it. This was important; it made her life important, have meaning and worth.

I had rented an apartment in Florida for six months to complete the caregiving process, and treat myself to being Grandma Mimi as a perk. I turned around once and poof! The lease was up, my mom was sent off in style, and my daughter now must  learn in her gut what it takes to be a mother.

My future beckons, as well as all the identities I laid down to be a caregiver: full-time wife to a neglected husband, mother to another daughter, pet owner, home owner, community volunteer, responsible voting citizen. I took the Certified Caregiving Course™ during the winter, and if I complete it, that may be my future. Or not.

It seems incredible that something so intense as caregiving could be absorbed into my soul and swallowed up. Like a fantasy novel you put down at the end, still winsomely missing the characters. Or a dream you try to recall clearly in the morning, but really can't.

How do you trade perpetual sunshine and palm trees for 39 degrees and overcast skies? How does that all feel so normal, so quickly? What does it say for the resilience of the human spirit? It was time to fold 'em and walk away, that's what it says.

It sure feels "Like it never even happened." But you were witnesses to my story here, and it's proof that it did. 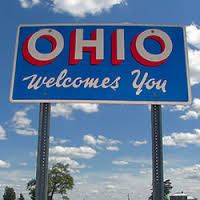 I reread this article and it meant more to me now than ever. I especially appreciated how you described the dignity and significance of her life returning to her at her funeral service. You gave her back her story.

I just love this blog post. Such a wonderful reminder to all of us that life continues with endings and beginnings over and over. \r\n\r\nHere's to what's next!!

Hugs and love to you. You have put it all so beautifully!

This sounds so peaceful for you and so true for most of us. You have put many of our thoughts into words we probabky couldn't have.\r\nThank you

<a href='http://www.caregiving.com/members/janshriver/'>@janshriver</a>, just before I read your post I was in the music room, here in Redwood country with a view of the ocean peeking through the houses, and listening to a studio recording of my daughters family playing and singing \"8 Days a Week\" &amp; \"I Want to Hold Your Hand.\" I was thinking, I must share this with Jan; 7 year old drummer Thomas was superb. I was thinking of you leaving sweet Lilian and wondering if you made it home yet. I have 2 more days here, time flies when I'm with my little ones.\r\n\r\nYou nailed it Jan... like TDM said, you find the words to so accurately convey the experience and feeling. And you might add futur author to you list?... Hugs.