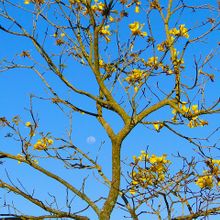 My oldest sister talked with the state to report the nursing home today. She was pleasantly surprised to have such a responsive, compassionate person who took the information. And the worker also told her she was very familiar with the facility. Thus, the investigation into the negligence and abuse has begun.

My disabled sister, Annette, is doing much better after her near brush with death (septic shock). She was discharged from hospital and is currently staying with my older sister awaiting approval to get into the assisted living facility. I'm worried about it.

I had told my oldest sister NOT to bring her home or at least wait until placement was signed on the dotted line. I know how the system works. My oldest sister seemed to think everything was in place; that they just needed to move Annette's things into the apartment and pay deposit. Well, she is too trusting, like I used to be. The hospital dumped her the minute my sister said she could say a few days at her house. My sister was shocked when she found out the facility is concerned. After review Annette's hospital record they wanted an interview, a psych eval and another eval from her regular doctor. Then pending results, they might give her a 30-day trial lease!

Annette had her interview--we're now awaiting doctor and psychiatrist  appointments/evaluations. Things are in limbo...

I'm glad you were able to report the facility, Jean. The fact that the worker is very familiar with the facility makes you wonder.