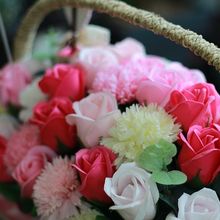 It's said that it's not how heavy the load, it's how you carry it.

If only it were one load.

It's loads of laundry.

It's loads of requests for help to answer.

It's loads of time to find and figure out what works.

It's loads of worry about how long you can pinch pennies.

It's loads of guilt about how much to do with only two hands and one heart.

The loads will weigh you down, making them impossible to carry.

Perhaps it's not about how heavy the load but which loads we take with us.

Take the loads that lighten your journey.

When you take care of one load, only to discover there are three more waiting. &gt;.&lt; Then, you keep looking back to that one done for inspiration to do the rest.