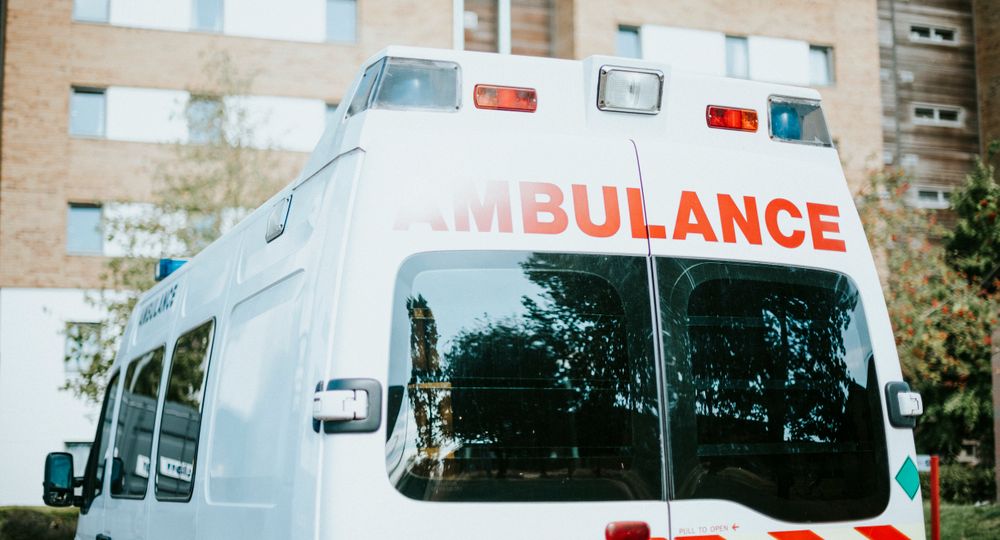 Skye
Chad, Cailyn (my youngest daughter) & I were exhausted Tuesday afternoon. I laid down with Cailyn and fell asleep. I remember Chad getting up around 4:15, which is usual. Carys’ bus drops her off anywhere between 4:30 and 5pm, so he takes a stroll down our street until the bus decided to show up.
I glanced at the clock and scolded myself for falling asleep when I had so much to do. But then close my eyes because I figured ten more minutes wasn’t going to hurt anything…

I awoke to a voice in the distance, yelling something. I couldn’t quite make out what it was, but I quickly realized it was Carys (my 6-year-old). She usually sings or talks VERY loudly all the way home from the bus stop. I thought she was complaining that Chad hadn’t taken the dog to the bus stop to meet her; which has been a common complaint recently.
But. No.

She ran into my room, panicked but also calm. I’m not exactly sure how to describe the look on her face. She was crying. And she was scared. She told me, “Daddy is having a seizure in the road.” Without thinking, I leaped from the bed and ran. No time for shoes. No time for anything.
As soon as I spotted him lying in the street, my pace quickened. Automatically.
He was lying in the road, on his back. His head and most of his body were in the street. His right foot was in the neighbor’s grass.
Convulsing. Spitting.
It was bad.

The girls were both outside by now, and I was trying to shield their view as much as possible. I sat at his head, with my back facing the girls so they couldn’t see much of what was going on. I had them wait close by our mailbox so they wouldn’t see too much.

I took Chad’s elbows in the palms of my hands so he wouldn’t scrape them too badly.
I made sure his head was turned to the side.
I  placed the jacket Carys haphazardly discarded in the middle of the street underneath his head.

I noticed a large bruise and abrasion on the right side of his head. He had fallen. Maybe?
Carys didn’t see what actually happened. She was talking to him, walking a few steps ahead. When he didn’t respond to one of her questions, she turned around to see why he wasn’t paying attention to her. And then she instantly discovered why.

My brave girl says she told him “not to be scared.” And that she was “going to get help”.
Bless her heart. I feel so bad that she had to witness the beginning of such a brutal seizure and be responsible for finding help.
She did such a great job, and we are all so very, very proud of her.
Chad had been feeling normal, or he would have never gone to get Carys off the bus. He doesn’t remember much about Tuesday, but he says he doesn’t think he had any warning (aura: a feeling that a seizure is coming on); it just hit him.

Once I got to Chad, I glanced at my watch. 4:43 pm.
The minutes passed. 4:47 pm.
The seizure didn’t let up. 4:50 pm.
Normally, one of his seizures lasts a maximum of 4 minutes.
Our neighbors were on their way home from work and passed us in the street. Thankfully, they took care of the girls for me.
Another neighbor, who happened to be taking out his trash, came out to see how he could help.
After a few more minutes with no signs of relief, I asked him to call 911. Chad had been seizing for nearly 25 minutes. 5:08 pm.

The ambulance was on its way, but Chad’s body was still in motion.
Looking back, I don’t think it was ONE large seizure. I think it was a series of large tonic-clonic (”grand mal”) and petite seizures with no periods of rest in between. His body had a distinct pattern of seizing wildly for a few minutes, followed by less intense minutes. Then it would repeat. And repeat. And repeat.
He was in and out of consciousness, and I was scared.
As my neighbors waited in the street, I sprinted home to call Chad’s parents, my mom and grab my purse and an already-packed overnight bag. I have learned, unfortunately, to have this bag ready at all times.

The ambulance arrived and administered a nasal injection (to reach his brain quickly). Chad tried to fight this off; he didn’t like to feeling of a liquid being shot up his nose. He tried to push away the oxygen mask because he didn’t understand what was going on.

I had already moved the van closer to the ambulance so I could follow — but I forgot to grab Chad’s medicines. The EMTs said they had to go NOW and couldn’t wait for me to get the meds. I knew that I could never remember all the doses and names of the drugs, so I agreed to meet them at the hospital. They left. Chad was still seizing, although not as intensely. I was later told that Chad stopped convulsing about 2-3 minutes after they got him loaded in the ambulance.

I arrive in the ER, anxious at what I would find.

On my ride there, I kept thinking about the length of the seizure and the possibility that Chad could have fallen and severely hurt himself.
After 10 minutes of seizure activity, he could have suffered serious and permanent brain damage.
He went on for so much longer than that. I was scared for him.
I had about 20 minutes (the time it took me to drive to WakeMed) to resign myself to the fact that he would have brain damage.
I was certain that his body could not have handled the stress and prolonged seizure activity.
I had to get all of these negative thoughts out of the way before I saw him in the ER.

When they let me back, I was bombarded by nurses, EMTs and social worker for information.
After the flurry of questioning was over, I finally saw that Chad was okay. He couldn’t talk. He couldn’t move his right side very well. He couldn’t squeeze my hand when I asked him to. But he did wiggle his toes and feet when I asked. He understood me!

They wheeled him back to a ER bay, away from triage. And we were placed in the EXACT same room (C-22) as his first ER trip in November 2007.
There, we waited for hours.
He gradually started to talk, but the only thing he could say was “yea”. No matter what we asked, the response was the same.
“Does your head hurt? Does your belly hurt? Does your neck hurt? All “yea” — and he was growing more frustrated when he couldn’t get the words out that he actually meant to say. He went for a CT scan to check for any active bleeding in his brain.

Later in the evening, about 11pm I guess, he started producing spontaneous sentences, but would quickly lose focus. He would latch on to a sentence and repeat it for 15-20 minutes at a time.
“Can you find me a Sprite?” Then he would get agitated when we gave him a Sprite. He didn’t want a Sprite. He wanted to use the bathroom, but couldn’t find the words to tell us.
“Why does my belly hurt?” He asked me this at least 150 times. Over and over. He was so insistent that the ER doctor sent him over for a chest x-ray, just to be safe.

The CT looked okay; there was no active bleeding. However, with no scan to compare it to, the ER doctors couldn’t say if there was tumor growth or not.
The chest x-ray showed a small amount of fluid in his right lung, where he had been complaining of intense pain. It’s very likely that he aspirated (breathed in saliva) while seizing. The medical team wasn’t too concerned about it turning into pneumonia, but did mention to keep an eye out for fever and coughing. (None to mention, thankfully!)
Chad fell while cutting the grass about two weeks ago and most likely fractured a rib. When he fell Tuesday, it’s highly likely he injured that area again; causing his severe discomfort. The x-ray didn’t reveal a break, but the technician admitted that rib fractures are hard to detect and he suspected the pain was actually from a fracture or crack. There is nothing they can really do about it, unless he punctured his lung – but that didn’t happen, so we just have to tough that part out.

When we were finally admitted and sent to a room, it was shortly after 2am Wednesday morning.
He was able to get some sleep and we was definitely feeling marginally better.
I suppose it took Chad more than 8 hours to regain his speech and gross motor functions after his seizure.

We met with the neurologist on call from our regular neurology office on Wednesday morning. He, like myself, was very hesitant to increase the dosages of the two anti-seizure medications Chad is on. These are great drugs, and they are doing what they are supposed to do; it’s highly likely that Chad will always have breakthrough seizures, no matter the dose.
We are all fairly confident that Chad’s extreme fatigue over the last year is due to the large doses of anti-convulsant medications. It wouldn’t make much sense to increase the dosages and make him more lethargic. So, the new plan is to introduce a third medication in hopes of slowly weaning him off his second medication. He should, hopefully, only be on three seizure medications for a few weeks.  If you remember, we tried this not long ago with Topamax, in hopes that it would lessen his headaches and seizure activity. It didn’t really help, so we discontinued it. This new drug, Lactimal, is supposed to reduce seizures AND help Chad think more clearly. Wouldn’t that be fabulous? If he could get rid of the fogginess AND get some energy back?
It’s what we hope for.

Right now, we have a plan to meet with Chad’s regular neurologist at the end of the month.

Next week, we’ll be busy:
Blood draw on Monday.
Chad will be having PRK (a follow-up laser eye adjustment) on Tuesday.
Follow-up Wednesday.
Portrait session Thursday.
Nothing on Friday. But I’m sure that will change.

Thank you, as always, for your constant prayers. I could feel all of you with us during the chaos on Tuesday and Wednesday and I just appreciate each of you caring so much for our family.
I will keep you posted, but we are hoping there will be nothing to report for a while.