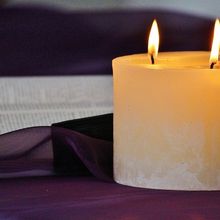 Wednesday my two sons and I went to a conference with the vascular surgeon who saw my husband when he was in the hospital after having his second stroke in four years. My husband is 79 years old. The doctor recommended surgery on one of hubby’s clogged carotid arteries. He explained that this surgery to prevent a stroke could itself cause a stroke but probably would not.

My sons asked a few questions about the recovery and the surgery itself. I asked the doctor if he knew that my husband had vascular dementia. He said yes but the responses hubby gave to him while in the hospital had given him the impression that he was able to understand and make this decision. I reminded him that he and the other health care people always ask the same few questions: What is your name? What is the date? Where are you now? etc. I stated that if he had attempted to engage him in a conversation, he would have discovered that he is quite impaired. I also stated that I read recently that the survival rate for vascular dementia is four years and my husband has had it for four years. The doctor added that surgery is stressful and that some elderly people are just never the same afterward. We finally all agreed that the possible harms outweighed the possible benefits. We all shook hands. My sons and I stepped out into the hall. I cried.

A number of years ago, my husband and I knew a lady from our church who was over 100 years old. Each time we visited her, she said “Every day I pray Lord, please don’t let me make a mistake.” I am praying the same prayer.

Thank you for sharing...such hard decisions and I too will pray for your wisdom for your husband's treatments. ((((HUGS))))

(((Hugs))) and prayers for you and your family.\r\nI suspect something similar has caused my Mom's dementia. It all seemed to begin shortly after her first surgery related to her kidney failure. There's been a couple of surgeries since, and several hospitalizations, and her dementia seems to get worse with each one.\r\nI'm glad your doctor could tell you about how some elderly people react badly to surgeries. My family never got that sort of heads-up and now it's too late.

Thank you, Michelle, for this prayer.\r\n\r\nThis week, my mother must go for a consultation regarding palliative radiotherapy to prevent haemorrhage. I don't know if she will survive this treatment. I know what it it is like to be stuck between a rock and a hard place. It is a life and death decision and I am afraid too.\r\n\r\nBlessings to you.

I appreciate your post and pray for the strength of you and your family. I completely get this as I have been dealing with making health decisions with/for my elderly grandmother who has health issues requiring serious surgery. She had one surgery in order to make a second (more serious one) more effective. I totally get what you mean in terms of not knowing if the decision is right, if a surgery will lead to a good outcome or if it could make the person worse off. We as caregivers often have the burden of these decisions. My approach is to weigh the pros and cons, consider your own assessment of your caree's health, leverage your faith and in some ways go with your gut / most logical assessment of the best actions. (clearly easier said than done) - hang in there and again thanks for sharing