0
I've been away for quite some time. First, we had so many different things going on here, then I lost this address and couldn't find all of you. I guess my state of mind wasn't helping any.

Trying to keep Carl on an even keel with his kidney disease had me preoccupied. Then my vascular doctor said he could do something to help my left leg. Then Carl was on the bathroom floor at 1:15 a.m. I called 911; he was in A-fib. First time--now it explains the low blood pressure and dizzy spells. He was in the hospital and they started him on a drug to stabilize his heart. It worked! He's also on Coumadin now so he's with the Coumadin Clinic in the VA. They're doing a great job of keeping track of it.

My doctor has decided to do surgery on my left leg the 30th. First I have to pass some cardio tests. I'm having them this week and keeping my fingers crossed. I know I have two valve leakages, I hope it's not going to cause a problem. The doctor said the surgery would be four hours and I'll be in the hospital for two to five days. I'm hoping I can get out in two.

In the meantime we're going from one appointment to the next between the two of us. Somehow we mange to keep our sanity and even laugh on occasion.

I want to wish all the ladies a very happy mother's day. 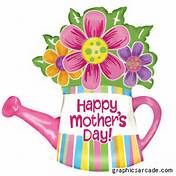 Hi Penny! I'm so glad you posted. I've been thinking of you and meaning to send you a check-in note. :)\r\n\r\nI'm glad you've got your surgery scheduled. I, too, hope that you'll only be hospitalized for two days. Please continue to keep us posted; we all wish you healing power.\r\n\r\nAnd, Happy Mother's Day!

Please keep us all updated.... Hope all is well with your surgery and recovery. Heal quickly.