My Love/Hate Relationship with Holidays

My Love/Hate Relationship with Holidays 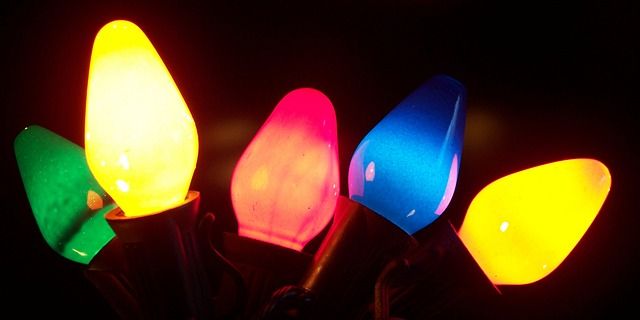 As a kid and young adult, I loved holidays. I loved decorating, baking, and wrapping gifts. Thanksgiving meant lots of great food at Grandma’s house followed by the adults playing cards and lots and lots of laughter. (My mother would laugh until tears rolled down her cheeks at the stories told by her two younger sisters.) My multi-talented grandmother would engage my older sister and I in making season appropriate placecards for the nicely decorated tables. At Christmas she made homemade peanut brittle and toffee to die for. Christmas celebrations included gathering around the piano and singing carols with my siblings, aunts and cousins. In many ways, our family celebrations could have been a Rockwell painting.

I don’t remember ever witnessing any discourse or tension among adults. There was never alcohol at any of these celebrations. It just wasn’t a part of family gatherings, ever.

I married into a family where it became apparent that FIL was alcoholic and some of my (9) sibling-in-laws also developed problems. Gatherings in this family were filled with sarcastic humor at another’s expense and lots of chaos in a tiny house with ever growing numbers of grandchildren. Eventually it moved into a rented hall.

Fast forward to my divorce after 18 years of marriage. Holidays became very painful. My ex had custody of the kids (ages 15 and 17 then) and to keep him happy, everyone knew you have to do what he wants or there was hell to pay. (I knew my ex would lie to them but it wasn't until years later that I found out how horrible the lies, including telling my daughter that I never wanted her.) My son cut me out of his life--totally--for nearly 10 years. My daughter initially told me what a horrible mother I was and lashed out massively. I think they knew in their guts that no matter how horribly they treated me, that I loved them unconditionally. It was safe to lash out at me.

My daughter started seeing her dad in a different light once out of the house and in college. Our relationship is now very good. (She has really struggled with her relationship with her dad, and it was/is so painful to watch her watch walk down a similar path I had been through with him.) After 10 years, one day my son showed up at my apartment, as if nothing had ever happened, to show me the engagement ring he just bought for his girlfriend (who I knew nothing of). That was the way he invited me back into his life. We've never talked about those past years. My daughter and I have talked a lot.

My kids for years, and somewhat still today, cater to dad's desires. So I have always taken a backseat and worked around any holiday plans they have with their dad or in-laws. I didn’t want to add to the stress and demands. So I just would hope to get a chance to see them.

Enter the caregiving years. My choice of moving in with P. and his mom to care for her added to the difficult holidays. My ability to travel was limited both because of finances and caregiving issues. This house was not suitable for entertaining. (That’s a whole story about MIL’s hoarding.)

I hate when people ask, “How was your holiday.” Most holidays in the past several years have been me, P and his mom, just like any other day of the week. (P has no kids, siblings or close relative left.) Somehow it made it easier to just ignore the holidays. (Besides, how do you decorate a hoarders house? There was, however, enough decorations for several houses in the basement along with ample paper and ribbon to supply a wrapping station in the mall.) In the past I could use caregiving as an explanation/excuse to others for not traveling to see family during the holidays. I had to take care of bedridden MIL, which after all was true.

My visions of being a grandmother in a house full of family and laughter well, just isn’t. (That is what I imagine happens at my ex’s and kid's stepmom's house.) Although my relationships with both my kids are now good, I still have remnants of the past that flare up every holiday season and are quite painful.

I heard a quote yesterday:

“We must be willing to let go of the life we planned so as to have the life that is waiting for us.”
― Joseph Campbell

In some ways I have been making progress in letting go of my vision of grandmother’s house. It is hard though. And the holidays bring pain of other losses. It’s a reminder of those former carees/loved ones who have died: my dad, my mom, P’s parents and, more recently, my best friend of 30 years. Their absence is more intense.

I need to embrace the freedom from caregiving. I need to stop being afraid of rejection. I need to stop hoping I will get an invitation. I need to let go of the fear that if I invite them, they won't have time for me. That was the past. I need to get this house in shape for company, I need to create new traditions and memories. I need to move on. I want to love holidays again.

But it is hard and sometimes just really, really hurts.

Thanks, Sally (<a href='http://www.caregiving.com/members/sara32742/' rel=\"nofollow\">@sara32742</a>). With so many anniversaries of deaths during holidays, I can totally understand your dread. I like your idea of Christmas music. I think this year we will have to pull out some of P's dads collection of albums.

Jean, thank you for sharing this part of yourself with us. I am so glad your son and daughter returned to you and I admire your wisdom in trying to let go as well as your courage in forging ahead, with hope. Your Rockwellian childhood Christmases are exactly what I longed for as a child but did not experience. As an adult I could give myself the Christmases I always wanted – I sent cards, I lavishly wrapped gifts as I listened to Christmas music, I indulged my best friend’s four young children with advent calendars and gifts galore, I decorated extensively (seven Christmas trees one year!), and I held festive parties.\r\n\r\nAnd then that life suddenly went away. As in crash and burn. I went through some tough times, thanks to my drug addicted ex-partner (but like your MIL’s hoarding, that’s a whole other story) and I just didn’t feel like celebrating anymore. Oh, I got back on my feet and dusted myself off, and I met and married my wonderful husband, but somehow the Christmas spirit didn’t return. My husband’s cancer diagnosis two years ago certainly didn’t help any. I just didn’t have the time, the energy, the financial wherewithal to recreate those extravagant Christmases anymore and somehow I got the mixed-up notion that it had to be all or nothing. \r\n\r\nBut, like you, deep down I wanted to love the holidays again. Last year I was finally ready to do something about it. We had Thanksgiving at our house for the first time. I decided it was ok to be realistic about my resources (not to mention culinary skills): I provided the beautifully set and decorated dining room table and asked my sisters-in-law to bring the food. My husband was thrilled that we were finally the ones hosting and the smile on his face as he sat surrounded by family was priceless. The proverbial light bulb went off in my head: hmmm, so maybe it doesn’t have to be all or nothing. \r\n\r\nThen came Christmas. I decided my new tradition would be to put a few dollars in the Salvation Army Christmas kettle outside the Walmart every time I went there. I couldn’t give much, but I loved the appreciative look on the volunteer’s face as swarms of shoppers ignored him and walked right by. And if it was a particularly cold evening, I stopped off at Dunkin Donuts first to get the volunteer a hot cocoa. Considering the fact that I wasn’t the one drinking the cocoa, I felt awfully warm inside! :)\r\n\r\nYes, I knew we couldn’t afford to spend much on gifts, but I found a way around that. I offered to wrap gifts for the wonderful friends who have done so much for us since Michael’s diagnosis. (I sheepishly admit that, like your MIL, I have enough paper and ribbon for that mall wrapping station, maybe two.) Now we were cooking with Yuletide gas! I even put up a modest tree in the living room – one that we cut down at a tree farm with good friends after a wagon ride. Yup, Christmas was back on. Different, but just as good, if not better. \r\n\r\nI guess what I’m saying is that I have every confidence, Jean, that you will move on and find those new traditions and learn to love the holidays again. I did it and so will you. :)

Jean, I would say give yourself some time. Your losses are very fresh right now. I felt, when my mother died, that I then mourned not only her, but the loss of my dad 4 years earlier. You have been through a lot the past few years. This holiday season will be hard, but by next year it will be a little better and you will be able to find some new traditions that will be your \"new\" happy memories to carry forward with a smile in your heart.

Oh, Jean. The holidays must have been such hell for you. I am so sorry.\r\n\r\nI love that you want to take the risk (any change feels like a risk) to create a better holiday season. Please know we support and love you through this--it's wonderful you have made the choice to create better for yourself. Know we can be your sounding board and your cheering squad. You can create new traditions which you will love this year and for as long as they still work for you. You can. :)

Thanks, Jean, for trusting us enough with your story, and the deep hurt it still represents., By looking at the photos you have shared with me, and the stories of your children and grandchildren, I would never know any thing had come between you; it felt as natural as your living nextdoor to each other. So that shows just how much you have overcome, and just how much of a loving grandmother you have been through all the difficulties you've experienced. The truth of your love has won out for your children, and it will win out for your grandchildren as well.