Maybe I Am Expecting Too Much?

Maybe I Am Expecting Too Much? 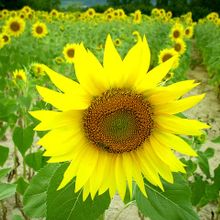 As you know, we have had a doctor coming twice a week to give Mom IV fluids, and I do the IV fluids the third day. Well about 1/3 of the time, he shows up late. That is if he even shows up at all. No call, no warning. The past several weeks he has only been coming once a week. He leaves two sets of IV fluids for me, but no more.

Well he didn't come Monday or Wednesday. I was up early getting everything ready for him and he didn't show up at 8 a.m. I called at 8:45 and left a message. I called again at 9:30 a.m. and by now Mom's headache is very severe, no answer. I called the office and they said no one was there. I called and called and finally at 10:30 a.m. I got a hold of his assistant. She acted surprised that the doctor didn't call me and tell me that he was in Utah this morning. Tere was some "emergency" there and he had to fly in last night.

This has happened SEVERAL times and I am getting a bit tired of it. He runs around four different states and is very busy it seems. I know I should be gracious, knowing he is a busy man, and I am thankful that he does come, but just a little communication would be nice! I asked his assistant if he would PLEASE leave me an entire box of fluids, IV sets, and butterfly needles so that when this happens again, I will be prepared and can administer the fluids to Mom so she doesn't suffer so. I think covering four states is asking too much of any one person. Sadly, Mom is not his only patient. So all the others in town are also suffering because they can't get the medicines and fluids that they need! The assistant told me that some of his patients lose valuable ground when they miss their appointment and actually move backwards in their illnesses. Maybe I just need to calm down. Sigh. Thankfully I had hidden away a bag of fluids and the set up for just such a time. I am thankful because I really didn't want to have to take Mom to the hospital for dehydration!

On the upscale. And we are talking WAY up. We have decided to ditch the American Diabetes Association's guidelines for diabetics. Her numbers are WAY out of control and so we are trying something new and within two days we dropped from the high 300's to 195!!! We are VERY happy with the results and are praying that eventually we will be able to get her off of at least two of the diabetes medicines!

The wind is blowing like crazy today (70+mph) and overnight we lost a few shingles so we had the roofers out (in this wind!) fixing them and checking everything else. I went out (I know I am crazy) and picked cherries in the backyard. This is the first year it is producing and I am giddy! I LOVE cherries and even though this is a sour cherry tree I am having a blast eating them! The peaches are changing colors and turning a tiny bit soft -- yay! No strawberries for a week or two, but there is new growth and now blossoms, so they are on their way again. The potato leaves are growing tall-no signs of blossoms yet. The tomato and the pepper plant have blossoms and will soon be growing food for us. I was able to get a hold of three more toads so we now have four toads hopping around eating the pesky insects. I believe we have one male and three females. But it is hard to tell in the middle of the night while using a flashlight and chasing hopping toads. :D

The sunflower that the birds so lovingly planted for us is getting big -- the flower is bigger than my two hands combined! The birds and the squirrels are having a blast out back and keeping Audrey (our cat who is turning 14 in a couple of months) very busy running from window to window as she chatters at them. Also we have a resident lizard that lives under the front door mat. I have named him Ernie and Audrey begs for me to open the front door (there is a security door -- so she doesn't get out) so she can sit on her blanket and look at Ernie. I have peeked at them and they are sitting nose to nose through the screen door! It is the funniest thing! She watches him for hours! Sometimes he isn't there but we have plenty of quail and doves that walk past the front door and the other day, we had a roadrunner come right up to the security door and look in right at Audrey! She is only 6 pounds but she was ready to defend her area!

Okay, my frustration has passed, and I am so incredibly blessed, I can't complain. Mom has her fluids and is sleeping at the moment, the wash is hanging and drying, the cat is happy, the home is (mostly) clean, my chores are mostly complete, the fridge and cupboards are full, our roof is once again intact, and I am at peace. Thanks for hearing me out!

I don't think you are expecting too much at all!\r\n\r\nHave you reached out to the doctor to figure out a solution to this? it's incredibly frustrating.

It is a pleasure to spend the time with you, and hear about your day. All the little victories count. So glad spring is bringing good things to your door.

What a blessing you are! All the drama you have to make sure your mom is taken care of and you still find so much beauty in the little things. Thank you for sharing this post. Much love and prayers to you and your mom!

No, I don't think you're asking too much. And if the no-show is a continuing problem, make a formal complaint with the appropriate agency. Keep a log of scheduled visits, late arrivals and no-shows. And request a different home visit provider, tell them exactly why, too. I'd bet you aren't the only ones having this problem.