Maybe I Should Have

Maybe I Should Have 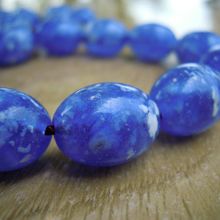 In February, my mom, two sisters and I went with my dad to meet his surgeon.

Before the surgeon joined us, we visited in the exam room. At one point, my dad said, looking at me, "I'm wondering if I made the right decision 11 years ago. Maybe I should have done this (the surgery to remove his bladder) then."

I replied, "It made sense the way you made your decision. Your treatments were once in awhile, the bag (the urostomy bag which he will wear after surgery) is all the time."

My comment to him was calm. But, inside, I panicked with my own "Maybe I should have..." moment.

Maybe I should have pushed him more to have a second opinion after his original diagnosis of bladder cancer. At the time, after he had a few days to absorb his news, I had said to him, "We are so lucky in that we live close to so many great hospital systems, like University of Chicago, Northwestern, Rush. What about going to one of those hospitals to get a second opinion?"

"Oh, no, I'm fine with what we're doing," he said. "I appreciate the suggestion but I want to stick with this doctor."

My older sister also spoke with him about getting a second opinion. He also declined.

His urologist would often say to my dad, "If you were a younger man, we would take out the bladder."

I found this to be a very odd comment, as my dad was a very active 72-year-old man at the time of his diagnosis. I mentioned this to my dad but he wasn't bothered.

We can't go back in time. And, if we could, would it help to tell my dad, "You will regret not having a second opinion"?

Managing situations that give life or bring death are simply awful. I appreciate we do our best within each moment. Sometimes, though, I wish we could take back just one moment for a re-do.

I think it is totally natural to think or ask out loud the \"What If\" questions. To dwell on those decisions and to let the \"What Ifs\" gnaw or eat at you is the wrong place to be, it changes our caregiving hearts into nagging, or ugliness or profound negativity. I like to work at living without regrets. For us, having Elly who is very stoic makes it somewhat easier since Stoics have concrete answers most of the time. I would have a much harder time with deciding to trust Elly's decisions when Ms. or Mr. Dementia shows up and throws a wrench in the works. I am thankful, Denise, that your Dad is able to consider his options, articulate his desire and know that you all will respect and support him. Tomorrow will come and the blessings that are to be, will be there. I am praying for those blessings and healing in your day tomorrow for your family.

I feel similarly guilty about the whole second opinion thing. Maybe another surgeon would feel that he was a candidate for surgery. I broached the subject a couple of times with my husband, whose response was lukewarm at best. He said he totally trusted his medical team. And it's not like I don't like them. But I'm cautious by nature and I know the best chance for survival is to have surgery. Should I have spoken more forcefully? In the end it was his decision not to seek out a second opinion. I have to respect his decision but the what if still gnaws at me.

What a blessing you are to your dad! And to us. Remember the SH Prayer I posted a while back? \r\nThis is the last part of it.. \r\n\r\nWhen you are faced with decision,\r\nmake that decision as wisely as possible,\r\nthen forget it.\r\n\r\nThe moment of absolute certainty never arrives.\r\nAnd above all, remember that God helps those\r\nwho help themselves. Act as if everything depended on you\r\nAnd pray as if everything depended on God.\r\n\r\n~ SH Payer

We all do this\r\n\r\nI can totally relate to that as when my Grandfather had his brain bleed we made the decision to go ahead with the surgery to bore the holes on the side of his head. 3 weeks later he developed both MRSA and Staph in the holes. As I look back he did have 3 good weeks in rehab because of this which he wouldn't have if he hadn't had the surgery .\r\n I will keep your whole family in my prayers and that the surgery goes well.\r\nMaria

It's just so hard not to want to redo something. With surgery date approaching, I'm sure it's hard to keep all the \"what ifs\" at bay. I always feel the waiting is the worst.