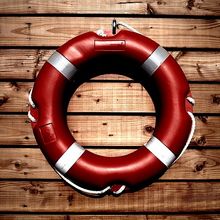 How can this only be Tuesday???? This has been the never ending week and it is only Tuesday.

Sunday we started unloading the RV Trailer to get ready to sell. I had just cancelled our summer plans for camping at the lake, over many tears. Unloading the trailer, Rod had an FTD moment, so that did not go so well.

Monday came and I had arranged for Rod to go play pool on the new pool table at the local senior center while Mom was in daycare so I could have some alone time. Mom gets up and I realize it is the day of the monthly luncheon. They go on a bus for a big senior luncheon once a month at a local church. She usually loves those outings. Monday she refused to go. Since Rod has been home, I think she feels she can be home, too. There went the alone time. I was angry and upset. I stormed out of the house, leaving the twins to fend for themselves. I went and sat in the parking lot of the park and cried.

That morning Rod said he had a nightmare the night before. We were planning a birthday party for my son and 500 people were invited (he hates crowds now). We were looking at a room in the mall (can't tell you the last time we even went to a mall). My son and I left thinking he was was with someone else. He said he went to the door of the mall and we were gone. He sat on a bench to call me and his phone was dead. He sat there, alone, until the police came when the mall was closing to say he had to leave. He told them he had nowhere to go. The police plugged in his phone and I was calling. I came to get him, but not before they gave him seven cupcakes to eat while he waited. It made me so sad to think his dreams have him afraid of being abandoned.

Today, Mom gets up and says she has been up all night with her ear. We have made three trips to the doctor over the ear, already. She tells me it hurts, when we get there, it doesn't. She had wax, we went to ENT, they took some out and gave me drops, have been doing them for a week. Now she is in pain again. Tomorrow, I have an appointment at 11:00, I was going to take her to daycare, take Rod with me then go to take him to see the people he worked with and to pay his COBRA. The only time they can see her is 9 a.m. tomorrow so she will be with us all day.

I wrote to his employer saying I would be bringing the COBRA check to her Wednesday and the time we are likely to be there in case she wants to see Rod. I get an email back saying "I had to pay AFLAC for April for Rod, maybe you should call them". That was the whole email. This after she sent him a text last week with some Dahli Lhama quote about having a calm mind. Rod worked there 10 years, 50+ hours a week for salary. They would not even let him take his sick days and three weeks vacation after he had to stop working.

I took him to Lowe's to get some things for the yard this morning. I stood and watched him put things in the truck, but I had to get in to put a long piece of pipe through the window. As I am backing out the guy next to us is blowing the horn. Rod had left the cart behind the truck.

So now tomorrow we have two doctor appointments and taking his COBRA check to the rattlesnake. Friday, his three sisters come for lunch. Mayday! Caregiver down! This week will NEVER end!!!

A good note though, our former pastor is taking me out for coffee on Sunday afternoon. Then she is coming the next Saturday to sit with Mom while Rod and I go out alone. I hope and pray that does not get cancelled. She's a minister, she must have connections, right???

I hope you are doing okay. So many waves can hit our shores at the same time. It's exhausting to have to constantly find our footing.\r\n\r\nHow did lunch go on Friday?

I so sympathize. I miss \"alone time\" very very much! Hope your meeting with your pastor helps!

Calgon, take me away!