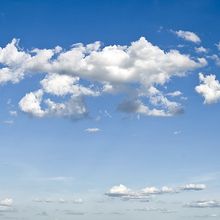 I took Mom to see her internist today, a regular three-month appointment. I had a lot of trepidation. Would either of them bring up the memory problems, and if they didn't (as they didn't last time), would I? I couldn't sleep well last night for thinking and worrying about it.

The doctor brought it up and asked how her memory was doing. Mom said she felt like the accident had caused her memory to be worse, but that as she's recovering, she's getting back to normal. I confirmed that her memory was getting back to where it was before, but added that we had noticed some decline in recent years. So the doctor said she would do an assessment. It consisted of these things, to the best of my memory:

The doctor assured her that she had done fine, although her score was a little below normal and that memory problems were definitely something to watch considering Mom's family history (mother and twin brother had/have dementia). She encouraged Mom to think about "retiring" from driving sometime within the next year. (Mom is VERY eager to drive again once her leg heals.) But she agreed to consider it.

I noticed the doctor wrote down a diagnosis of Mild Cognitive Impairment on the test order form, which Mom didn't see. As Mom went to give a urine sample, I asked if she had any additional feedback on the cognitive test. She said, "I could tell her memory was worse than the last time I saw her, but she performed better on the test than I expected. We'll watch this."

I'm relieved that the topic came up without me having to introduce it, and I'm deeply relieved that nothing happened in the office visit to frighten or upset my mom. Thank you, thank you. I feel like the doctor is a good ally and support. We left the office and picked up my son from a friend's house, then had a fun and delicious meal at Fatz (because all doctor's appointments should be followed by a treat if possible!).

Hello! I read both of your blogs and I am so glad that your mother's doctors appointment went well. For whatever this is worth, has your mother ever had a blood test done for a vitamin B-12 deficiency? My father started having some strange symptoms about a year ago that involved memory issues, weakness in the legs, and even some mild speech problems. The doctor did a blood test that showed a vitamin B-12 deficiency. He now has to take vitamin B-12 injections and is doing much better. Just thought I would mention it.....

So glad your visit went well. I'm very happy for you that you have a compassionate and wise doctor. Is she on medication for her condition right now?

Thanks! I've just been reading some of G-J's blog posts.

Hi--So glad all went well!! And, you're right--sounds like the doctor is a good resource for you.\r\n\r\nAnd yes! to treats after an appointment. It is a must!\r\n\r\nI wanted to mention that <a href='http://www.m40.siteground.biz/~caregiv6/members/g-j/' rel=\"nofollow\">@G-J</a>, who cares for her husband, may be a good resource for you. G-J joined us in May 2010; her husband was diagnosed with MCI in December 2009.