Medical Opinions of the Unknown

Medical Opinions of the Unknown 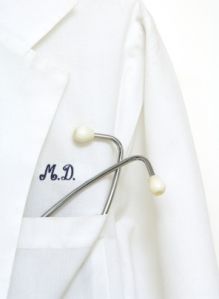 On Wednesday we learned some new things about Marc. We had a follow-up visit with the ENT surgeon and met his new infectious disease doctor. The follow-up was to go over the MRI findings from a few weeks ago. His blood work checked out fine from the last visit but they did order tons more. They've now referred him to a neuro-surgeon, an immunologist/allergist and a primary care, finally.

What we learned that was positive: The swelling on the right side of his brain and toward the stem of his brain is disappearing. His nasal cavities look excellent and no sign of an infection there to which they assume that his sinuses should look similar based on the MRI there was a little growth in the sinuses but that growth isn't extensive and they do believe it could be scar tissue. His kidney function, lung function, and liver function are great despite all of the medications he's been on for so long now.

What we learned that wasn't so positive: The MRI shows more swelling on the left frontal lobe. Now, they don't know if it is swelling, infection or scar tissue but there is a significant growth there. HOWEVER, having earned my street degree in neurological sciences, it is my firm and professional belief that it is only scar tissue, due to the fact that having seen ALL MRI's he has ever taken since September and knowing from the last MRI in June after his brain surgery where they extracted the brain tissue samples, this new mass is in the exact same spot as those tissue samples were taken and it is, in fact, scar tissue. I don't need an exploratory surgical venture to tell me that. In fact, in my grand knowledge from my Ivy league education, I am suggesting that over the next 3 months we stay the course of treatment and take another MRI. If the mass in question has not spread any further and the rest of the swelling otherwise seems to be subsiding still then we won't need another surgery.

Now, that is just my medical opinion. Their opinion is that they are having another review board on the first week of October to consult all other 25 specialist who have been working on him to make this decision to either proceed with another surgery or let it be for awhile. I am glad they are being thorough and taking everyone's opinion into account but I see no need to proceed with another surgery.

Neurologically, Marc has had some difficulty with his short-term memory but overall, he's slowly gaining his range of motion and strength back, he's able to do more things for longer (where he was at a point he couldn't even watch TV without getting headache, blurred vision or confusion and he no longer has these issues in severity), he's still very much responsive (lazy but responsive) to most things and is still fully capable of self-care. He can remember to take his meds, he doesn't get confused as much when having a conversation with someone. These are all really positive things. Despite some tremors that he has experienced, he doesn't show any signs of mental deterioration. This is great, in my opinion. The tremors, I am positive were from the increase in medication. I have observed that since he's been on the increase of medication they have gone away but started very shortly after they originally did his last increase.

I've experienced the progression of this disease even before we knew he had it. What prompted me to get him seen was the neurological aspects, he was violent and mean, rude, and angry. He was constantly stressed, confused and frustrated. He is more himself now than he has been before his first seizure and subsequent surgery in Sept of last year. He struggles with depression but I know this is because he is an outdoors person and he loves working out and he cannot do either right now.

I know these doctors have gone to medical school and practice everyday. But I consider myself an expert in Marc's condition, especially since, NONE of his doctors and I do mean, not one, has ever experienced anything similar to what he is going through because it is that rare. We are all on the same learning curve whether we have medical degrees or not. And the only thing that sets them apart from me is that they have equipment to take x-rays and blood tests and scopes, whereas, I have to use them to get that kind of information. But once I've got the same information they have, I can make the same decisions, if not better since I am with him everyday. And yes, I realize I sound way too arrogant right now, it's just that I get completely frustrated that the first thing they want to do is jump back into surgery whenever it is something they aren't sure of.

Marc is tough but seven surgeries on his head in one year, that's excessive for anyone. I just want them to explore every non-surgical option first this time. But in the end, it isn't my decision, it's Marc's and right now, he's a little upset by the news even with the good news that he got with it. All I can do is do what I've been doing and that is be there for him and hold his hand while they figure this out.

Cassandra, your experience reminds me a LOT of my current situation. My current wife, Heather, has a condition known as dysautonomia. Basically, her autonomic nervous system is really messed up. Practically, this means that if you are a doctor and she lands in your ER, you will not know how to treat her. Period. Everything you would prescribe for a normal person will likely put her in a much worse condition (she has a lot of drug allergies).\r\n\r\nIt also means that there are only two or three doctors in the entire US who understand her condition. Some doctors understand this fact and approach Heather with an open, curious mind. Most doctors do not, and attempt to order useless or dangerous tests or treatments until we verbally \"beat them into submission\" (LOL)!\r\n\r\nHer most recent hospital stay was a good example of this. I'll explain more in a blog post, but here's the short of it. She was in the hospital for a standard outpatient procedure, and something went terribly wrong. She landed in the ICU. After a few hours, the attending physician came by with 8 or 9 residents (this is a teaching hospital). He said, \"Well, you didn't have any more episodes for the last 4 hours and all of your stats are great, so you get to go home.\" There was a LOT of back and forth because this doctor, a neurologist, didn't know enough to help her and he was too arrogant to listen. It finally came to a head when Heather told him: \"Look, I don't want to get into a p1ss1ng match with you in front of your residents, but you are wrong. You are not qualified to make judgments about someone with my condition - you are so ignorant that you don't know what you don't know.\" This didn't go over well, so we got the hospital administrator involved and they switched doctors. It was a good thing, too, because after she was admitted she had 2 more \"episodes\", and her total hospital stay was 16 days. (An \"episode\" consists of Heather stopping breathing and having a seizure-like muscular reaction. So they're pretty serious.)\r\n\r\nBefore her disease struck, Heather was pre-med at Johns Hopkins. So she is very well qualified to be an expert at her diseases. She is in a facebook support group with 5 other women who have her condition, and they all have the same experiences and knowledge.

I like your street degrees! And I love the way you've coordinated your team and connected the dots vis a vis the MRIs. Between the meds, the scar tissue, and Marc's condition in and of itself (and its rarity), you are all dealing with a lot of variables and unknowns. You are the one who's out there on the front lines with Marc 24/7, and you're a tremendous advocate. Yay on the positive news -- may there be more!