Mish-Mash of a Week

Mish-Mash of a Week

Goldie
This promises to be the most scattered blog post I've done yet. It's been that sort of a week. And, realistically speaking, I should be doing great. Our son, daughter-in-law, and grandkids are all on holiday across the country on the East Coast. They won't be back until the middle of July. Our daughter is house-sitting for them. My husband and I are empty nesters for a little while with no babysitting.

Maybe it's the fact we still have the puppies. They are now 11 weeks old and so it's like having four preschool boys running around the house. They wrestle and growl and pounce on each other. They sound like fighting cats when they play. And they are not quite house broken. They were neutered last Tuesday, so next week, when they've healed, their photos will go up on the adoption website. I love them dearly, but I'm looking forward to when we just have one.

I'm thrilled to hear the facility where my parents live changed their minds on letting folks in assisted living have dogs. That's one less thing to deal with.

I'm still reeling from the news about the killings in Orlando. At a time in my life when nearly half of my good friends are gay, lesbian, or trans, and when one of those friends had just returned from a holiday in Florida, this news hit hard. Sanctuaries are not found only in churches and I've learned how vital a place like the Pulse is to people who have so few places where they can feel safe to be themselves. This isn't a political rant, just a heartfelt sorrow.

I also lost another friend last week. His memorial service was today. I had known Mike in school - from 6th grade all the way through high school. Just a few weeks before our 20th reunion, I saw Mike and his twin brother in the grocery store, the first time I'd seen them since high school. The day before the reunion, Mike was involved in an accident with his motorcycle and it was not clear whether or not he would survive.

I didn't know how to contact the family or whether it would be appropriate at that time. I hadn't known the two boys/men well. I also didn't go to our 30th reunion, but I got the reunion book with contact info. It was obvious from the entry for Mike and his brother that Mike had survived, but not without deficits.  I emailed his brother and asked if I could visit. This began a journey of  about 7 years of weekly visits. I only stopped when my time and energy were taken up with caring for my parents. I was able to see Mike and his brother about 3 months ago.

Mike was paralyzed on his right side and had a traumatic brain injury. He was still living in his home, a duplex, with his twin brother living in the other half. His brain injury was severe and affected his speech, cognition, ability to swallow, and even hold up his head. He couldn't walk. His short term memory was severely affected. His family rallied around him and took care of him. His twin brother refusing to give up on him. Mike had as normal a life as his brother could give him. And the impossible happened. Mike lived almost 21 years after his accident!

A couple of stories from his memorial service today...

Mike's sister had gotten him ready to go to the day center and had wheeled him down the ramp. As they sat outside waiting for the bus to arrive, suddenly a small bird flew down and sat on Mike's shoulder. His sister froze. The bird went close to Mike's ear. After awhile, the bird flew away. In time, Mike said, "We need to get more birdseed." His sister responded, "Oh, I suppose he told you he was hungry?" Mike replied, "It was a SHE and we need more birdseed. The birds are hungry." 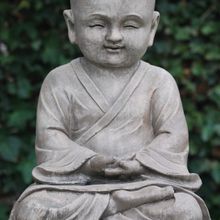 His older brother related a different story. Last year, on a visit to see his family, he was helping out with Mike. Went in his room in the morning and told Mike, "Your sister says I'm supposed to kick your ass."

He retained his quick wit, his kindness, his generosity. He taught me what it was to truly live in the moment. He also taught me how to swear - he would repeat what he said over and over until I repeated it back to him, just to make sure I understood him. Occasionally, I would be a wee bit self-conscious, especially if someone else was in the room, but repeat, I did. There really wasn't any choice.

Once, when I visited Mike at the center, a couple came over and asked if I was one of Mike's sisters. "No," said Mike, "she's my lover." He was staring at me with a gleam in his eye and a wicked smile. I didn't say anything, just smiled. After the couple left, we both burst out laughing and he said, "Tell your husband he's a lucky bastard."

And I was lucky to know them both.

THAT is one of the most beautiful testimonies/tributes I've ever heard/read. Remarkable stories and thoughts, Goldie. Thank you for sharing them here.

Looking back, I know this family went through a lot of ups and downs. Theirs was a unique situation because out of a family with 5, only one had married and had children. Only one sibling lived out of state. The others were single and/or childless. There were times when one sibling would resent having to do her shifts - and eventually she did stop helping. Any frustrations they had, they handled together, and not in front of Mike. Caring for Mike was hard, hard work. \r\nMike was unique, too. Though his short term memory was severely impaired, he knew he needed people to help him do everything and he never took this help, and certainly not the people, for granted.