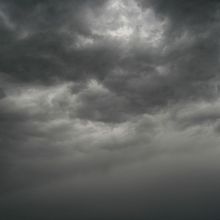 My parents got married in 1965, and they had a good, peaceful, loving marriage for 33 years. They had 12 years together after dad retired and I was out of the house, and they used them well. They spent time alone - Mom doing crafts, Dad reading his books - and they spent time together, visiting me at college and taking trips to the places they'd always wanted to visit. Their last big trip was to Cooperstown, NY to see the Baseball Hall of Fame.

Dad got sick in 1997. The first symptom was nausea and then dizziness. We thought it was an inner ear infection, but it wasn't that. Finally an MRI showed lesions on his brain and a CT scan or x-ray (?) showed the origin spots on his lungs. He had metastatic lung cancer - not the kind smokers get but the other kind. He had chemo and radiation and gamma knife surgery, but he only got worse and worse. My mom cared for him completely until the last few days when we got hospice care. I was living an hour away and working and going to school, but I visited at least every weekend to help with what I could. Mainly I provided companionship because Mom protected me from having to deal with any personal care. I remember how the house gradually filled up with equipment between hospital visits. The incontinence pads, the hospital bed, the table full of pill bottles. Mom handled all of it. She had to see him grieve his own losses - the ability to cut the grass and pay the bills were both devastating losses - and grieve with him and for him. That was worse for her than any other part of it.  He died in June of 1998, just six months after the diagnosis. He was 72, and she was 60.

Just before he died, my mom told him she was going to take a nap but would be back in a little while. I was with him and some neighbors who had been friends for many years. We were talking quietly, looking at old pictures, and suddenly I looked over and realized that my dad wasn't breathing any more. I went to tell Mom and then called hospice. When the nurse came shortly after, we were starting to tell the story, and my mom started saying how bad she felt that she hadn't been with him. The nurse interrupted and said, "You wouldn't believe how often a person's last words are, 'Honey, could you go to the store and get me something?" She talked about how hard it is for someone to leave their closest loved ones, and how sometimes they can't leave until their beloved is away. The nurse's comment helped us make a different story out of my dad's death, one that gave my mom a lot of comfort.

For years after he died, my mom experienced what I think was PTSD. She had intrusive, almost hallucinatory memories and black depression. For years, she would spend days at a time in tears.  Still now, it's hard for her to talk about him. I remember that in the violence of her grief, there was no room for me to cry. I was silent and empty most of the time, especially if we were together. It was horrifying to see my mom suffer so much and have no way to help. But I missed my dad too, and miss him still.

I worry that a frightening diagnosis will send her back into that darkness, one of the reasons I have not pushed for a diagnosis of her memory problems. I'm taking her to an appointment with her internist tomorrow, and I wonder if either of them will bring it up. And if they don't, will I? I've talked with the doctor (who is almost my doctor) in the past, so she's aware that there's a concern.