More Shopping and a Flyby

More Shopping and a Flyby 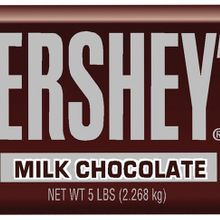 Okay, you've heard my stories about shopping with my parents, but this one was priceless. Sort of. I felt awful about it when I got home because they spent wa-a-a-y too much money. They are spending down again after being on Medicaid, then selling their house, and now they have about eight months before they run out of money again. We (my brother and I) are gathering all the paperwork for Medicaid now.

I know better. Both my parents are compulsive shoppers -- in different ways.

It was one of those beautiful winter days we get in Colorado, 70 degrees and sunny. Dad called. They wanted to go shopping. Okey-dokey. Well, so much for my plans. Okay, I didn't have plans because I know better, but maybe I could have had plans. But I digress. Dad wanted to go to the grocery store and Mom wanted to go to Walgreens. I was prepared. We brought the wheelchair for Mom and my mobility scooter for Dad. Neither of them can walk far.

First stop: Walgreens. Dad decided he didn't need the scooter in a small store and he would be just fine pushing the cart. Got Mom in the wheelchair and with Dad hanging on to my arm, we went in at a snail's pace. Mom wanted to go faster. Inside the store, she immediately spied the make-up section with a friendly clerk right there to suggest various sale products. I had to stick with her because she can't push the chair herself.

Dad asked the clerk where the candy aisle was and took off by himself. My dad. Unsupervised in the candy aisle. God knows what could happen. It's amazing how much faster he can walk when he's heading to the candy aisle. I tried to watch out for him...and, obviously my attention was not on my Mom and her make-up...except when she asked me my opinion. I told her that I came of age in the 70's when one didn't have to wear make-up. I know nothing about it. She said she only needed help with colors. She can't see well at all. I couldn't really tell the difference between them but I did my best. She chose fingernail polish that she could see. I suspect she could be seen in the dark with the fluorescent colors she bought.

And where was Dad? He was talking to another clerk, asking for directions. Forty minutes later, we got to the check-out counter and Dad kept taking out bag after bag of candy and chocolates. I asked if he really needed all that. He responded with a firm "YES", then turned his face and started giggling. Mom had her make-up and, well, having never bought it, I had no idea how expensive it could be. She obviously didn't trust that I would bring her back so she loaded up.

Over $230 worth of candy and make-up. And we hadn't even gone to the grocery store.

I emailed my brother as soon as I got home. He handles their finances long distance because he offered to do it and he's the only one in our family who actually has money. I apologized for not being able to put the brakes on their spree. He generously said it was okay. They should splurge now and then. (For our budget, that was almost a month's worth of groceries.)

My brother is coming to town in April. Mom is thrilled because she thinks he'll take her shopping and take her to the storage unit. As much as I appreciate all that my sibs do for me, I know this will be a fly by. He'll be in town for a day or two. He'll spend a few hours with Mom and Dad. He'll suggest I get them out more. Then he'll fly back home and to his high paid job that takes him to southern France, China, and Denmark.

I was feeling a bit stressed by the time I got them home and found places to put all the food. Mom wouldn't let me touch her make-up. I cleaned the rotten food out of the fridge, did their dishes, rearranged a few things... then a lot of things... then squashed bags of candy in the drawers and cabinets. Dad gave me one of the giant Hershey bars he had bought.

I ate the whole damn thing before I got home.

Thank you for bringing us shopping with you. We love reading your stories and laughing from the safety of our armchairs because it's not us! But your viewpoint shows how well you cope with circumstances so unpredictable and uncontrollable. I'm there with you, I really get it, Goldie. You are doing an amazing job, and keeping your balance through it.

Goldie, you definitely deserved that chocolate bar! Probably more than one. Your story did bring me back to the bags of Hershey's Miniatures that I would buy for mom and dad every week. When either of them landed in a nursing home, we always made sure we brought chocolates. I really don't know who ate more of them, mom, dad or the aides.

This is great! Wow, $230? That is a lot of makeup and candy! I have to admit that we spend quite a chunk of my mom's monthly income on candy also. She's a \"nuts and chocolate\" fiend but also has to have hard candy, like lemon drops, in case she gets a \"itchy throat\", she says! Let them enjoy their candy huh? Good for you eating that Hershey Bar, I like to inhale one occasionally also!

Oh, this made me laugh!! But, I wasn't there so it's easy for me to laugh.\r\n\r\nI'm curious: What kind of make-up did your mom buy? Foundation? Eye stuff? Lipstick? Was it everything and anything?\r\n\r\nI would have done the same thing on the way home -- just ate the candy bar.