Moving Toward a Diagnosis

Moving Toward a Diagnosis 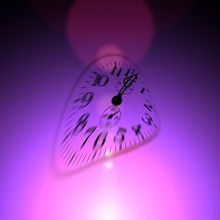 Mom had an MRI last Thursday, and it was a fairly quick and easy appointment. She wasn’t particularly anxious or worried about the results, but she does understand that dementia of some kind is a possible diagnosis. She called her twin brother to let him know what’s going on and they were able to share their experiences. He already has a dementia diagnosis, but he still sounds like himself when they talk on the phone, and he feels like the medicines he’s taking have really made a difference. Mom repeated this to me, and I could see that she felt better about it and had some reason for optimism. That made me happy!

Today she went to the store by herself and got some prescriptions and a few groceries. I checked her pill caddy and she had almost gotten all the pills in – just one was missing and I fixed it. I have decided to withdraw from the battle over the car keys. If the doctors (both the internist and the neurologist) are not saying it's time, and if she's not having fender benders and getting tickets, then I can let it go for now. I'm doing much more of her driving now - all doctors appointments and all social occasions. It's just the grocery store and Wendy's that she wants to hang on to. It's just that last bit of independence that she wants to hang on to, actually.

Next week I start back to work for the fall semester. I'll have two classes, both of which meet on Mondays and Wednesdays. I'm a little nervous about having two days completely off limits in my schedule, and I'm nervous about having enough time on my non-teaching days to get preparation and grading done. It is hard to claim time when I don't have to be somewhere at a certain time.

Last week I visited a family member and an old friend who both had parents in the ICU. In the case of my family, the two adult children and one unofficially adopted son were camping out in shifts, never leaving my cousin's side. They had just seen their mother through the end of her life with cancer and had completely rearranged their lives (one even moved in next door, while the other moved in with his parents temporarily, leaving spouse and children behind) to care for their parents. The son commented that caring for his parents was rewarding "no matter what the outcome."

In the case of my friend, his father was never a father to him when he was a child, and as adults they don't see eye to eye on many fundamental things. Consequently, he feels obligation but without attachment. He has no other siblings or any other relatives to share the burden and is extremely stressed financially - he lives out of state, but visits frequently and for long periods of time to take care of his grandmother, who passed away, and now his father. He is doing his best, but his experience lacks the reward of reciprocating care, or giving out of love. I'm glad I got to see him (it had been years!) and listen non-judgmentally to what he's going through. I admire him for standing up and doing what needs to be done even though it's really really hard.

Hi--I think you are just doing awesome. :) I love how you consider suggestions and ideas and then decide what's right for you and your mom. \r\n\r\nWhat a touching story about your friend who cares for his father. I'm always amazed at stories like this. I often think it's a story of how much we can love ourselves. That by loving ourselves we can extend our help to others, including those who can't love themselves (perhaps like your father's friend).\r\n\r\nThanks so much for keeping us posted. I hope you can enjoy the rest of this week--a little bit of freedom before school.

Pegi, I know I stay ahead of myself with the worry! Thanks for the encouraging words.

It's so good that your Mom has someone she trusts who has been down the road she may be going to talk to. I can only imagine how much that helps.