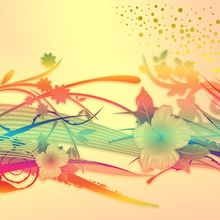 Yesterday, I called pretty much all the doctors my mother has ever seen to see if any of them had called with a recorded message (she thinks!) about clogged arteries. No one had called. No one would call with a recorded message. Now I'm thinking it was some kind of advertisement, maybe, or a scam. (In another post, I could write at length about how furious it makes me that the elderly are so often targeted by scammers.)

When I talked with the neurologist's nurse, she gave me the results of the MRI from a month ago. It showed progressive atrophy which is consistent with dementia. But she still needs the neuropsychological (thanks, Jan!) evaluation that will happen sometime, probably, in 2015 to pinpoint exactly what's going on. Or narrow it down further. Or something. They hadn't called because nothing about the MRI indicated that any change in her treatment (which is non-existent) is necessary.

It's not as if that result was any kind of surprise, but it was still hard to hear the word "dementia" said in such a definite way. I guess part of me was still kind of hoping for a miracle. Sometimes I just can't live in the moment and I start grieving all the losses that haven't even happened yet. I had to spend some time doing that yesterday and today.

This afternoon, I was downstairs with my mom and my son, and we were all on our computers. I was making a presentation for a lesson I'm teaching tomorrow. I rarely use PowerPoint, so I was really laboring over it, but in the end I was fairly pleased with the result and I wanted to show it off. I said to Mom, "Want to see what I do for a living?" I propped up my laptop on the arm of her chair and played through the whole presentation on using specific examples - boring to anyone but me, I'm sure. But she was so impressed by it and thought I had done such a great thing! It was so sweet and I was so grateful that she was proud of me.

Making things makes me feel better. The PowerPoint wasn't exactly artistic, but it was creative. I'm also working on a song. I don't know if it will be any good, but just working on it lifts my spirits. But sometimes I don't have any creative energy at all, so I can't get that benefit.

Hi LM--That is such a sweet story about your mom. :) I'm so glad you both could share a proud moment. I love that you are composing!! \r\n\r\nI know that a diagnosis feels like it changes everything. As much as you can, focus on what remains the same. I know it's hard but much remains the same. \r\n\r\nThanks for keeping us in the loop. I was very curious about the phone call, too. Did your mom know you were going to call her doctors on Monday? I just wondered if she asked you about your calls to the doctors.

Was waiting to hear those results and what you found out about the phone call. If it were my husband, I might wonder if it even happened. When something weighs heavily on his mind, he could have just imagined it happening, and it would have seemed very real to him. It's frustrating sometimes to wonder when to take him seriously. But oh, well, best to \"go along\" anyway, as much as you can. Your mom did know enough details about it, that seems to point to it really happening.

That's a great moment for you and your Mom, LilMagill. Thank you for sharing that. You said, \"We were all on our computers.\" Does she have a computer, or does she know how to use one? So wonderful she could sit and appreciate your skill and be proud of you for it. That's a real milestone in your caregiving journey.