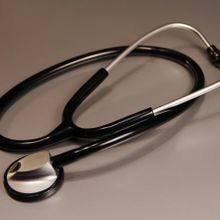 As I posted earlier, today was sort of "All Doctor's Day". Dad had a consultation in the morning. Long drive, lots of people, a stroll (in his wheel chair) along the river, with a stop for a cup of coffee - too much - so he's a bit agitated tonight. Wants to go to bed, five minutes later wants to get up, five minutes later wants to go to bed, wants a yarn of wool (what on earth for?), wants to see T.V. - can't because he mixes it all up with reality and that is profundly confusing for him. So that's Dad's day.

My day doesn't end there. Lots more! I was thinking of making the update tomorrow, but I'm so excited that I have to do it now. I need to share.

Mum had a consultation in the afternoon: 6 p.m. P.T.: neurology. I hadn't taken her to neurology in five years. Family doctor's taken care of all necessary meds. But for the last two months I've found Mum's symptoms getting worse. So it was time. I talked to the family doctor and asked for a new neurology consultation.

I never did like the other neurologists Mum went to. Even though I was told they were good (one was one of the best). Two of them diagnosed Mum with Parkinson's. The other said it wasn't. Loved today's doctor: he was so attentive, caring with both me and Mum, and showed such expertise. He did all kinds of exams on Mum during the more than an hour consultation: tested her walking, her speech, her memory, her writing, her reflexes, everything. Diagnosis: "Luísa, you don't have Parkinson's. Ana, it's not Parkinson's. She simply has tremors on account of her other problems."

What does Mum have?

- Thyroid problems (which can cause tremors)

- Arteriosclerosis (which can bring about tremors, in the long run)

- Osteoporosis (which makes her lose balance and fall frequently)

- Depression (she was both of my grandmothers' and also an aunt's caregiver, and now sees Dad and herself having the same needs)

- Tremors - which turn her walking, writing and eating by herself quite difficult

So there you are! She has it all! But she most probably doesn't have Parkinson's. I'm bewildered. The doctor changed her medication and scheduled a series of exams.

I don't know whether to be happy or not. But I do feel... sort of relieved! It feels... minor!

Congrats on finding a doctor that took the time to listen and see with his eyes. I hope that with the changes you both can get some relief.