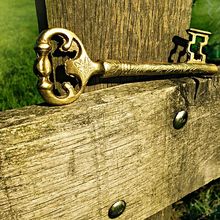 My father and I had always had a difficult relationship. When my brother and I were kids, it was the "tough love" concept that was adopted into most family structures in our neighborhood and my father was definitely a believer. I grew up looking toward him as a pain in the ass. We would spend time together, worked together for a bit, and sometimes had great moments but most of the time I didn't like him much. When my mom had her stroke, and my dad was her caregiver I would shutter at the thought. And often I had very little nice things to say about how he went about this new role. I would step in and make decisions, which he often shot down, and would butt heads with the man. For close to two years, my dad would block me from being allowed to be present when important decisions concerning my mom would need to be made.

When Dad was struck with cancer, he had no choice but to co-caregive with me. Head butting became a natural event where he assumed I was trying to take over and put Mom into a home and take her and my brother, who was mentally challenged, away from him. I admit, that thought crossed my mind during a headbutting match or two, but that was never my sincere intention. I did however spend time looking for proof that he wasn't doing a good job. I was so angry that Mom was paralyzed and needed 24-hour care, and that because of previous throat cancer, she could not speak. And the pre-existing difficulties between dad and myself didn't help build up my confidence toward him either. For the most part, dad respected my role as caregiver but we still had bad, bad days mixed in. To say there were days of anguish that felt like torture would be an understatement.

And then it happened.

I was sitting in the chemo ward with Dad waiting for his first day of chemo to begin. As in most cancer hospitals, the chemo ward has volunteers who greet the patients with smiles, kind words and blankets. I sat beside my dad and grabbed a magazine to read and pass the time waiting for him to be called.  One of the volunteers came over and sat across from Dad and started a conversation, having him fill out a form. As I flipped pages looking for something to read, I overheard my dad explain to the volunteer that he was overcome with terrible sadness as he had to place his wife of 53 years into a home while he had and recovered from chemo. He explained how he called the home earlier today, and they held the phone to my mom's ear so my dad could tell Mom how much he loved her and that he will come and see her as soon as he can. Dad went on to say how he was having a difficult time being without Mom by his side and that she also needs him by hers. I turned away as I began to cry. This man who I only saw as a crappy dad was a loving and caring husband. When did that happen? All these years, I assumed that because I viewed him as a bad guy then the world also saw that side of him too. I never stopped to see who my dad was to anyone else.  I had spent so much time wanting to not forget the bad stuff that I hadn't allowed myself to see the good.

For the next 22 months of my dad's life, I saw the grieving husband (my mom passed a month after dad's talk with the volunteer), I saw the brother, the grandfather, the neighbor, the friend. I listened to the caring, concerned father who was worried about my brother. AND, because I was now in a better mindset about who my dad had become, I was able to see his bad yelling moments toward me during this time as the disease speaking and not the crappy ungrateful guy just being the crappy dad.

Two days before dad passed,  were having with him, Dad became very serious during a visit my husband and I. For the 1st time that visit, he was very lucid and clear. We were saying our goodbyes for the night and Dad sat straight up and said, "You know Kath, I never realized just how strong you really are. I should have given you more control. I didn't realize you could have handled it all. Thank you and I'm very proud of you."

I'm tearing up now as I write this, but I know for certain that, had I not of had that ah-ha moment during Dad's conversation with the volunteer, my mind would never have be opened to accepting Dad's message and my heart wouldn't have received what I really needed to hear.